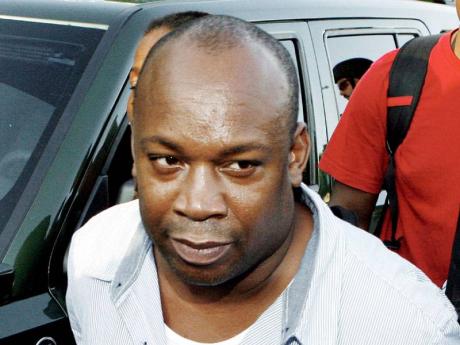 THE LOCAL police are refusing to comment on whether 23 years' imprisonment is sufficient punishment for confessed crime boss Christopher 'Dudus' Coke.

Coke is to return to the US District Court in New York this morning for his sentencing hearing.

Prosecutors have asked the judge to send Coke to prison for 23 years, but his defence counsel, Steve Zissou, has argued that many of the allegations advanced against his client are unproven.

With evidentiary hearing scheduled for today, before Coke is sentenced, prosecutors have said they are willing to accept an 18-year prison sentence.

"I am not going to comment on that at all," Deputy Commissioner of Police Glenmore Hinds said when asked to consider the fact that Coke faced life imprisonment for the charges for which he was extradited.

"That is for that jurisdiction to resolve. What we do know is that he is convicted there and whatever sentence the judge thinks is appropriate then, it is entirely up to that judge and that jurisdiction," Hinds said.

The Shower Posse boss was extradited in June 2010 to answer charges of drugs and weapons trafficking.

Last August, Coke accepted a plea agreement in which he confessed to racketeering, conspiracy and conspiracy to commit assault in aid of racketeering in the United States.

"I was the leader and organiser of a group known as the Presidential Click in Jamaica. As such, I directed certain criminal activity on (Presidential Click's) behalf, which included - but was not limited to - the distribution of marijuana, cocaine and crack cocaine both in Jamaica and the United States from 1999 through 2010," Coke admitted in court documents.

"Some of these activities took place in the Bronx, New York, in 2007. I also directed the purchase of firearms and the importation of those firearms into Jamaica for the purposes of furthering activities of the group."

The prosecution presented the court with several written testimonies from people who accused Coke of committing heinous crimes. In one case, it is alleged that a man, accused of stealing from Coke, was tied down and killed by Coke with a chainsaw.

In March, the trial judge delayed the sentencing of Coke and ordered the prosecutors to provide proof of their allegations about his violent control of a drugs gang to back their demands for a lengthy prison term.

Although Coke is being sentenced in another jurisdiction, the local police say they are closely watching the activities in New York.

"We have been watching the matter. It was part of a joint investigation and we have been in on the matter from the very early stage so we are watching it," Hinds told The Gleaner.

In the meantime, with today being one day short of the two-year anniversary of a massive security operation in Coke's backyard of Tivoli Gardens for his capture, Hinds said the police have been mobilised to deal with any possible pro-Dudus flare up.

"Part of our anti-gang activities is to track all events, including anniversaries, and to the extent that they exist and we are aware, our plans are geared towards countering anybody who will want to use violence as a means of marking those anniversaries," Hinds said.

The senior officer said the Shower Posse has been significantly dented by law-enforcement activities.

"We continue our activities against his gang and remnants of it. We continue to pursue the Shower Posse and whatever elements that may remain in Jamaica," Hinds said.