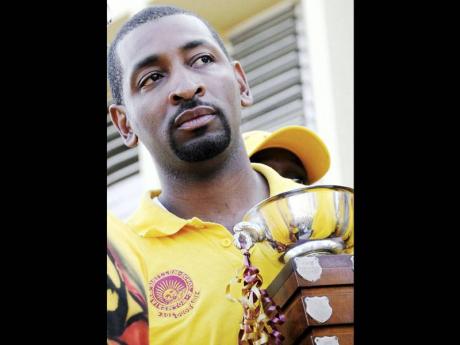 A fourth-place finish, 147.50 points behind the eventual winners Calabar High at this year's ISSA/GraceKennedy Boys and Girls' Athletics Championships, was nothing close to the sort of ending that former Wolmer's Boys' School head coach, David Riley, had envisaged for his team.

The coach, who led Wolmer's to their last win at Champs in 2010, blames a lack of support from the school's hierarchy as a major contributor to their sub-par performance this year.

Riley was recently released as coach of the Heroes Circle-based school by principal Dr Walton Small, who stated to him in a letter that the school was "restructuring its track and field programme".

Fighting with our principal

"Many persons have asked how and why Wolmer's performed the way they did (at Champs 2012), but they wouldn't know that days leading up to Champs we were there fighting with our principal," said Riley. "Coaches were demotivated and everyone was distracted by all these things happening behind the scenes."

Among the distractions, Riley claims, was the difference between himself and his employers over the participation of one particular athlete, who was expelled by the school because of actions by his father, before the institution was later ordered by the courts to fully restore the student.

"This definitely had a negative psychological impact on the team, no doubt. I tried my best to shield them from what was happening. I did not discuss the matter with them or update them, but it's a matter that involves the boys on the team, so they were definitely talking among themselves and were aware of the matter," said Riley.

"Instead of the school being in support of the boys, it was never there. If it was there, the performance from the team would have been much different," Riley argued.

A past student and former mathematics and physics teacher at the school, Riley believes that his decision to stand by the student athlete, for whom he wrote a character reference at the request of the parents' legal team without the school's consent, not only cost him his job, but also made things all the more difficult for his team this season.

"There was no support from the principal as we were going to Champs. He did not meet with the boys upon many invitations. They went to Champs without any address from the principal, not even a simple 'good luck'. He was invited in writing to our weekend activities leading up to Champs as well," Riley added.

"We asked him to present the boys to the school on the Monday morning leading up to Champs, and that was also not supported," Riley shared. "I was emotionally drained and frustrated. Why was the school pursuing this matter? Why is there this injustice that was being meted out to our students?"

Several efforts to contact Small by phone for a response proved futile.