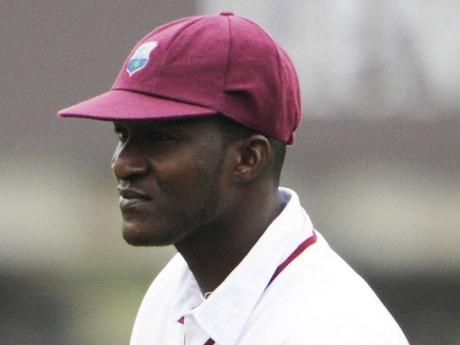 West Indies captain Darren Sammy said despite losing the opening Test to England yesterday, his side had managed to answer many of the critics who had written off their chances before a ball was bowled in the three-Test series.

Pundits in the British media slammed the Caribbean team in the lead-up to the match, predicting a swift and comprehensive win for the world number one home side.

However, West Indies fought gamely to put England under pressure, before conceding defeat an hour before tea on the final day.

"We were told there were no fifth-day tickets printed, but we took the game into the fifth day," Sammy told reporters.

"The team continued to show the never-say-die attitude which we promised to bring out here in England. And we had some good performances from some of the players. We'll take these positives into the next Test."

He added: "We are kind of used to it now. For the last 10 years, they have been saying that about us. We in the dressing room have our own confidence that once we go out and execute, if we bowl in a disciplined fashion, we create problems.

"We got the last seven wickets (in the England first innings) for 130-odd runs. So we could do it. But it is about doing it consistently enough. And when you are playing against the number one team, you have to be at your best all the time."

Starting the final day on 10 for two in pursuit of 191, England crashed to 57 for four before a 132-run, fifth-wicket stand between opener Alistair Cook (79) and Ian Bell (63 not out) put the hosts on the brink of victory.

Fast bowler Kemar Roach once again bowled impressively to finish with three for 60, but lacked support, and Cook and Bell took the game away from the Windies with superb batting before and after lunch.

"The bowlers made the best out of defending 191. But once the ball got older, it became easier to play, and the calibre of batsmen the England side has, they're quite experienced and they played the situation quite well," Sammy explained.

"I liked standing at slips, watching these guys, our pacers, running in and knowing that anytime an edge could come my way.

"Today, it just felt right ... . Our pacers have been doing a good job for us throughout the last year or two. A few more wickets between Fidel (Edwards) and Roach and it could have been a different story."