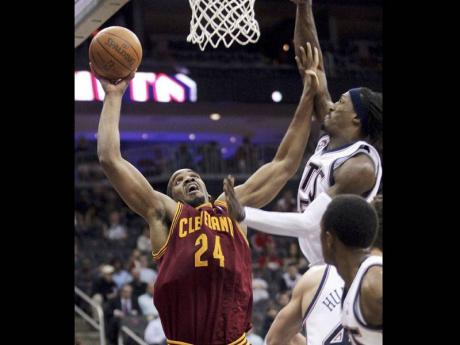 Cleveland Cavaliers' Samardo Samuels and New York Knicks' Jerome Jordan have both been confirmed to represent Jamaica at this year's Centrobasket Men's Championship, which will be held from June 18 to 24 in Puerto Rico.

Patrick Ewing Jr, formerly of New York Knicks and New Orleans Hornets and Ryan Reid, who is a member of the Oklahoma City Thunder team, but is currently representing Tulsa 66ers in the NBA Development League, are also expected to join the Jamaican team.

These players are expected to join the squad which also includes a number of local-based players, who represented Jamaica at the Caribbean Basketball Championships in 2011.

Jamaica are drawn in Group B and will play alongside Costa Rica, Dominican Republic, Mexico and the US Virgin Islands. Group A comprises Cuba, Bahamas, Puerto Rico, Panama and Nicaragua.

The two top teams in each group will advance to the Federation of International Basketball Associations Tournament of the Americas in 2013.

The Jamaicans finished a disappointing fifth in the last Centro tournament, which was held in the Dominica Republic. However, Ajani Williams, president of the Jamaica Basketball Association (JaBA), said he is very confident that they will advance to the next stage of the competition.

"With all these guys coming back to represent Jamaica, there is no reason why we should not advance to the next phase of the competition," said Williams.

"It would be the biggest disappointment of my presidency if we are unable to finish in the top two in our group," said the JaBA boss.

Williams added: "I expect us to win this tournament because this team has the ability to win it all and not just qualify."

However, the Jamaicans will be without the services of Indiana Pacers centre Roy Hibbert, who has requested that JaBA release him so he may try out for the United States basketball team.

Williams stated that the absence of Hibbert, who represented Jamaica at the Centro Tournament in 2010, would be a big blow for the national team.

"We would do much better with him. But the good news is that we have a lot of big men like Jerome Jordan, who could have come off the bench behind Roy," Williams said.

As part of their preparations for the tournament, JaBA has scheduled a training camp for the team, which will be held at the Montego Bay Community College from June 7-16.