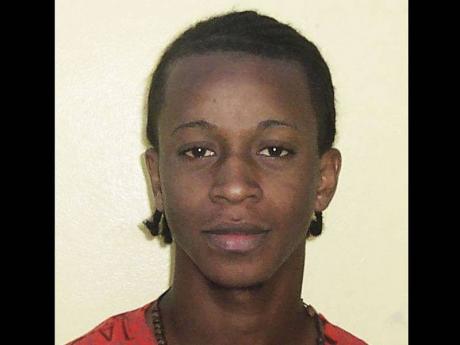 Jermie Lynch, on Friday night, joined a growing list of Jamaican footballers to have scored on debut, after netting the game's lone goal to lead the Reggae Boyz to a 1-0 victory over Guyana in their friendly international at the Montego Bay Sports Complex.

"It is a joy. From I was a little boy, this has always been my dream and even today (Friday) when I was praying I wanted to score my first goal on debut," the 21-year-old striker revealed immediately after the game.

"I have accomplished one step of my dream; now it is time for me to play overseas," added Lynch, who has followed the footsteps of his brother, Lloyd Barker, into the national senior team.

He just returned from injury in January after being hurt playing in the Premier League and Under-21 competitions in early November last year.

During the summer in 2011, Harbour View FC had sent him to the Toronto FC Academy for two weeks, along with the son of another former Reggae Boy, Onandi Lowe, Damion "Chullups", who is now at college in the United States.

Lynch, who came up through the ranks playing on Harbour View Under-17 and Under-20 teams, had played on Harbour View's senior team last season but got a regular starting place towards the tail end of the just-concluded Red Stripe Premier League season, where he netted four goals in five games, so his inclusion in the Reggae Boyz set-up might be seen as a bit of a surprise.

It was even more surprising that he started, as Dino Williams had been named to partner team captain Luton Shelton in the starting 11, in a release sent out by the Jamaica Football Federation prior to the match.

"It wasn't a surprise (to me), because they say hard work is going to pay off one day and I have been putting in the work, so this is my pay-off," Lynch reasoned.

The former Bridgeport High student concedes that it will be difficult to make coach Theodore Whitmore's final squad for the next round of World Cup Qualifying competition, which commences on June 8 when the Boyz tackle Guatemala at the National Stadium.

"I want to be a part of it (the World Cup squad), but it is not my choice," Lynch expressed.

"I have to just do the work and hope that I make the team because as you can see, Jamaica has a lot of international forwards in the squad and I'm locally based, so I have to work twice as hard as them to try and make it into the team," he added.

During his two seasons of playing Manning Cup in 2007 and 2008, Lynch actually played at centre half, as the team did not have anyone else to slot into the position.

"I was always a centre forward, but the team didn't have any centre back and I'm a utility player," he pointed out.

In the summer of 2011, Lynch had a trial stint with Toronto FC Academy and is said to be on the radar of former Reggae Boy and current US Major League club, Real Salt Lake, scout Andy Williams.