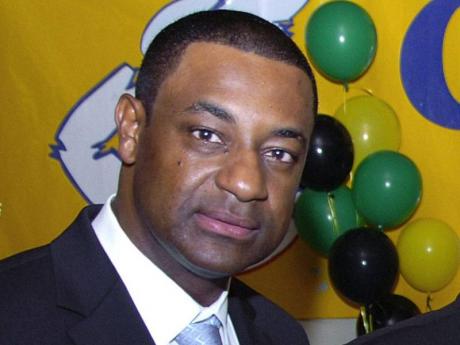 The embattled Caribbean Football Union (CFU) will write a new chapter in its history today, when it votes for a new executive committee at the XXXV Ordinary Congress in Budapest, Hungary.

More important, the organisation will choose a new president, a move that will signal a new phase in the post Austin "Jack" Warner era of football administration in the region.

Warner, a former FIFA vice-president and CONCACAF president, led the CFU for 21 years before resigning last year amid corruption allegations at the height of the cash-for-vote scandal.

The scandal decimated the CFU and resulted in FIFA imposing bans and suspensions on several Caribbean officials.

Cayman Islands Football Association president, Jeffrey Webb, who has served as chairman of CFU's Normalisation Committee, described the elections as "yet another step in the road to reconstruction".

"The events of the last year have been well documented and there is no need to rehash the chaos of the past, but these events have also allowed us the opportunity to strive for a better and more prosperous tomorrow," said Webb.

"This election is yet another step in our journey to resolve the conflicts which have divided and tested our resolve as a Union. I congratulate the members who have chosen to submit their names for office and I challenge them all to not only strive for greatness, but to lead in a manner suitable to bear the proud armour of the Caribbean Football Union."

Football's world governing body, FIFA, and CONCACAF, the governing body for football in North, Central America and the Caribbean, will also hold their annual congresses in Budapest this week, along with the CFU.

Webb, who is the lone nominee for the post of CONCACAF president, explained that the CFU had accepted FIFA's proposal to hold the congresses simultaneously because of time and budgetary constraints.

"Conducting an election is of paramount importance in stabilising the Union and while the finance and legal committees are still trying to ascertain the true financial position of the Union, the business of the various associations and members must progress for the good of the game," Webb pointed out.

"The Normalisation Committee is cognisant of the fact that we must meticulously focus on the current and future needs of the organisation and to do this a stable and democratically elected executive must be put in place."