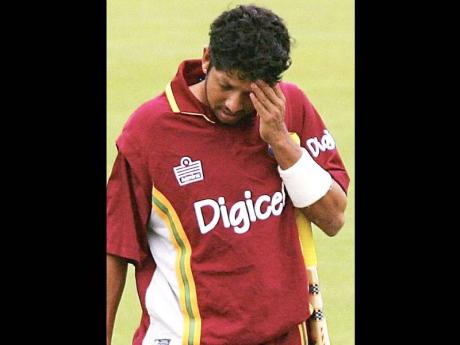 Out-of-favour West Indies batsman Ramnaresh Sarwan has criticised "certain individuals" in the West Indies set-up for the recent slump in his international career and says he is in no hurry to return to the Caribbean side, despite his prolific form in the English County Championship.

Sarwan has not played for West Indies in nearly a year following poor form and fitness issues but has burst to life for English county Leicestershire, with two centuries and two half-centuries already this season.

While not specifically naming West Indies head coach Ottis Gibson, the 31-year-old said there had been negative comments which had hurt him "mentally and emotionally".

"Mentally, I was broken down, not from the stress of playing, it's just certain individuals have drained me mentally," Sarwan told BBC Sport.

"It took a toll on my confidence and the way I play. Everything went away.

"The fact that I'm away from all those problems, my mind is at ease and I have nothing to worry about, no coach to say any negative things."

He added: "At one point I didn't know which was my back foot and which was my front foot. Now I'm much better, more precise with my movements, everything crystal clear in my head."

Sarwan last played for West Indies in the second Test against India in the Caribbean last year, where he struggled with poor form.

He also had a modest World Cup, scoring 155 from six innings, with Gibson complaining afterward that the senior players had not performed.

Tempted to walk away

Following that experience, Sarwan said he was tempted to walk away from the game but said his Leicestershire stint was now helping to restore his confidence and rekindle his joy for cricket.

"I never spoke about this because I was caught up in a shell and I used to not come out of my house for up to three days," the former captain revealed.

"My dad was the one to inspire me to start back playing. I was going to stop because they were getting the better of me, but when I saw him break down emotionally, that inspired me."

He continued: I'm thankful to [Leicestershire] for giving me the opportunity.

"I need to play a full season to find my feet and I owe [Leicestershire] because they've invested in me.

"I'm big on principle, and when I was in the dust being kicked by my own people, I was given an opportunity by this club and I will not forsake that or betray anyone.

"I don't want to find myself in a situation where I was two years ago, where I couldn't have fun.

"My happiness is utmost and the most important thing to me. I want to stay focused and forget about [what has gone before]."