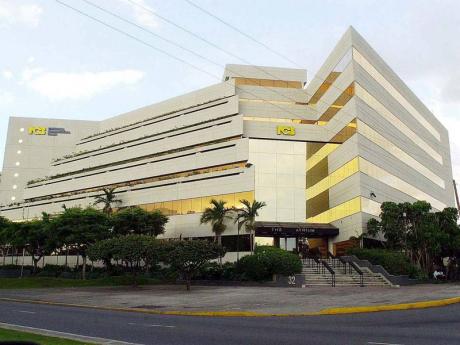 National Commercial Bank Jamaica (NCB) now plans to list up to US$225 million worth of shares on the New York Stock Exchange, according to a US filing on Monday which raises the bank's initial projection for its initial offering by 28 per cent.

NCB indicated that it will utilise the proceeds for local expansion and acquisition, but gave no price or precise timeline for its listing.

The bank will trade under the symbol NCJ.

"We intend to use the net proceeds from this offering for general corporate purposes, which may include funding organic growth through an increase in loan volume, portfolio investments and other income-generating activities; financing expansion of and improvements to our infrastructure; and pursuing potential future acquisitions and other strategic investments," said NCB in the US Securities Exchange Commission filing on Monday.

The bank said in its 300-page filing that: it paid nearly J$500 million to 17 executives last year; the purchase of a property utilised as a supermarket and owned partly by Wayne Chen, a board member of NCB and brother of NCB Chairman Michael Lee-Chin; and J$100 million in concessionary loans given to 14 staff members at four and five per cent interest.

The J$496.7 million compensation to executive officers was previously disclosed in its annual report.

The bank also disclosed then that it paid J$174 million in compensation to its executive directors. The two executives who sit on the bank's board of directors are group managing director Patrick Hylton and his deputy, Dennis Cohen.

The property acquisition was executed in August 2009. NCB said it bought the piece of real estate in New Kingston from Everlast Limited for J$385 million. Everlast is partly owned and controlled by Wayne Chen. The sale occurred during a period of downsizing for Chen's supermarket chain Super Plus.

"We believe that the purchase was on terms substantially similar to those applicable to the purchase of other large properties in Jamaica," said NCB.

"The property was acquired after obtaining an independent valuation and competing with at least one other interested purchaser. Net proceeds of the sale were applied to repay amounts owed to the bank by a group controlled by Mr Chen."

NCB's IPO will be undertaken by JPMorgan Securities LLC and Macquarie Capital (USA) Inc. It will utilise four sets of law firms, auditors and consultants and the entire process will cost the local bank some US$6.9 million.

NCB first announced its intention to float shares on the NYSE last year, saying then it planned to raise US$175 million.

NCB is Jamaica's largest and most profitable banking and financial services company. It is currently listed on the Jamaica and Trinidad & Tobago stock exchanges.

In the SEC filing, NCB provided the staff names and amounts loaned, including that of a 38-year-old manager receiving J$18 million in total concessionary loans at 5.0 per cent for a car and house, but declined to reveal the breakdown of the pay packets, which average J$28 million.

"We are not required under Jamaican law to publish information regarding the compensation of individual executive officers and we do not make this information public. The aggregate amount of compensation paid by us during fiscal year 2011 to all of our executive officers - 17 persons, including three who ceased to be employed by us during the year - was J$483.9 million," said NCB.

Lee-Chin owns approximately 63.9 per cent of NCB, or some 1.5 billion ordinary shares.