Engaged, employed youth can be legacy of Jamaica 50 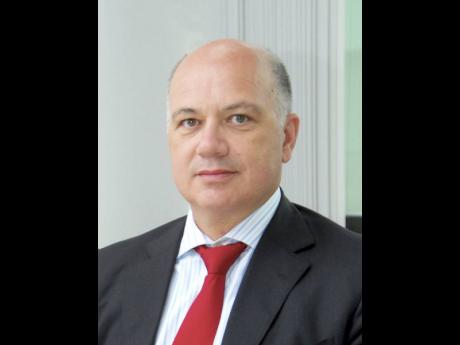 Today is being observed as Labour Day in Jamaica, 'smack dab' in the middle of Workers' Week in the year when Jamaica observes its 50th anniversary as an independent nation.

While it is a cherished annual tribute to the resilience of the working class in building and sustaining the national economy, there is a significant component of that group that is often ignored or taken for granted.

For whatever reason, the youth are rarely top of mind when we honour the workers who build an economy. In spite of their superior numbers, particularly in the developing world, the facts and figures surrounding youth employment are, at best, troubling. According to the International Labour Organisation (ILO) in 2012:

In Jamaica, the situation is even more skewed. At 27.3 per cent, youth unemployment in 2009 stood at more than twice the overall rate of 10.6 per cent, with the rate for young women even higher - notwithstanding the fact that girls and women are outperforming boys and men in the education system.

With 63 per cent of the Caribbean region's population being persons younger than 30, the fortunes of the vulnerable economies of CARICOM are clearly linked to the abilities of its member states to provide real, sustainable employment opportunities for its youth of working age.

Of course, youth unemployment is more than just a macroeconomic indicator. It represents exclusion of vibrant young citizens, many of whom, from sheer frustration embrace anti-social and destructive behaviour.

There is no shortage of empirical data that identify youth as perpetrators and victims of crime and violence in a poor-on-poor paradigm. Unemployed youth are both a risky asset - as demonstrated by the Arab spring events recently - and a large opportunity cost in terms of growth potential, on the other.

In a broader context, the World Development Report of 2007 argued that the East-Asian 'Tiger' countries harnessed economic dividends from a demographic boom in the 1990s.

The report noted that "Most developing countries have a short window of opportunity to get this right before record numbers of youth become middle-aged and they lose their demographic dividend."

The incentives to do so in an effective manner are high, as an estimated 40 per cent of the East Asian emerging economies' growth can be explained simply by this demographic transition.

This perspective, no doubt, informed the ILO's decision to facilitate a Global Youth Employment Forum opening in Geneva today, May 23, and running until Friday.

It is billed as an exercise that will facilitate a hundred young men and women, ages 18-29, from all regions of the world to share experiences and to discuss initiatives to promote decent work for youth - http://www.ilo.org/global/meetings-and-events/ events/youth-employment-forum /lang--en/index.htm

In an effort to be inclusive, the forum was preceded by a range of national consultations across the world, with the voices of the Caribbean being included in a March 29-30 seminar in Castries, St Lucia. The seminar was also designed to deliver on a recommendation arising from a regional forum on 'Investing in Youth Employment', held in Trinidad and Tobago in May 2011.

That forum called for the creation of an enabling environment to foster greater youth entry into the job and for the inclusion of youth concerns and right-based solutions in employment policies and youth employment action plans.

What is striking is that there is as yet still no palpable demonstrated evidence of progress on the youth employment agenda, although the need for short-term solutions remains clear.

This is why the World Bank responded immediately to an invitation by the Ministry of Youth and Culture in Jamaica to explore measures to take advantage of the low-hanging fruit, to take immediate advantage of the clear and present opportunities while we continue to work towards longer-term goals such as structural adjustments in the macro economy.

The fact is that the global virtual economy offers a range of opportunities for unemployed or underemployed youth which remain largely untapped in Jamaica.

They can enter the global labour market via the internet and earn an income by performing paid tasks in the virtual economy. The most recent innovations include 'micro-work' - tasks that are broken into component parts and then outsourced online; 'e-lancing' - where young people offer their services via online portals; 'crowd-sourcing' - where they can participate in finding collaborative solutions for large projects launched by companies and other entities online.

Since 2006, in the US alone, micro-work has employed more than six million people.

Apps development for mobile and web-based technologies is also set to expand. A recent study conducted by TechNet showed that from its inception in 2007 the 'app economy' has created 460,000 jobs in the US.

Respected international business magazine The Economist estimates that the number of apps downloads globally will hit 49.2 billion in 2013, up from 17 billion last year.

Paradoxically, the new opportunities presented by the virtual economy are not well known in Jamaica while they can offer an important solution to youth underemployment and unemployment. To help fill this gap, the World Bank and the Government of Jamaica will stage 'Digital Jam 2.0 - the future of work is online'. It is a free three-day event scheduled for the Jamaica Conference Centre in downtown Kingston, June 28-30, to engage the energetic, under-employed and unemployed youth around the many possibilities to claim, in the short to medium term, some measure of economic independence and by extension greater social inclusion.

It will include a 24-hour 'sports hackathon', apps contest, seminars, a marketplace and job fair. Details are available at www.digitaljam2.com

Jamaica needs a more diverse, equitable and robust, disruptive and competitive innovation system to deliver the requisite levels of productivity for real competitiveness in the global economy.

The Jamaican youth could play a critical role in shaping the innovation system for the country while also providing their services to modernise the business processes in both the public and private sectors, locally and globally.

JAMPRO data indicate that Jamaica has emerged as a highly competitive and attractive business destination, leading the English-speaking Caribbean.

Jamaica has been recognised by Gartner as a destination to watch and by A.T. Kearney as a favourable business processing outsourcing destination. Both are technology research companies.

Jamaican youth represent a huge untapped resource that with creative thinking can be converted from clients of the social safety net to co-creators of a more vibrant economy and by extension a better quality of life in the country.

Digital Jam 2.0 is a starting point towards a lasting legacy of greater employment and social engagement of the 'youth worker' in this Jamaica's Jubilee year.

This is something to think about on Labour Day, and to act upon immediately hereafter.

Giorgio Valantini is the Country Representative for Jamaica at the World Bank. He also has programme responsibilities for Guyana, Suriname and Trinidad and Tobago. business@gleanerjm.com