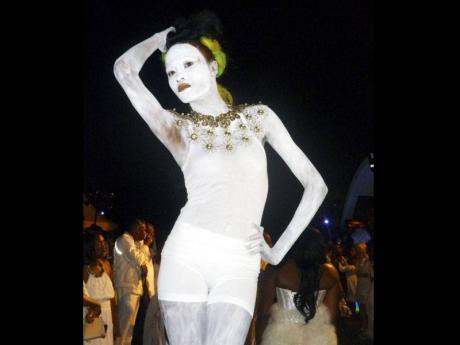 The Reve piece this model displays around her neck at last year's CityStyle is astounding. 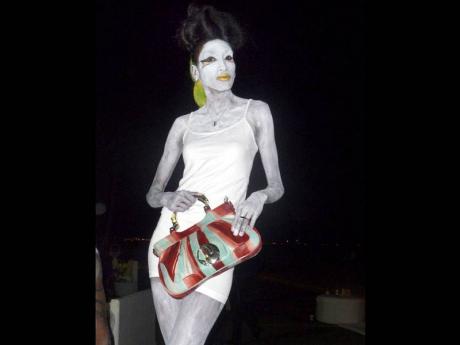 She 'owns' this lovely handbag which was showcased as part of the Feri collection at CityStyle last year. 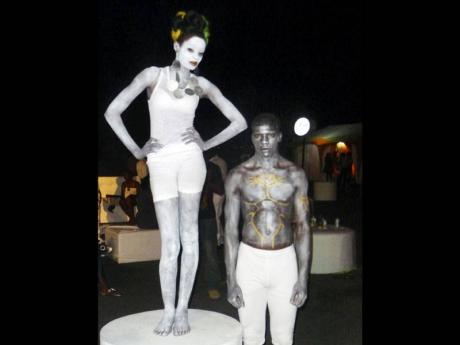 This model shows an unusual piece from the Canada-based Reve during CityStyle last year. - File photos 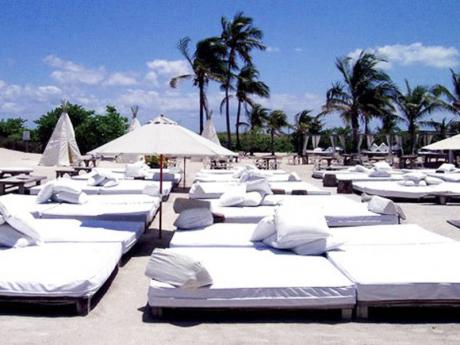 The inspiration for Deiwght Peters' CityStyle, one of the events at Styleweek, which promotes the downtown Kingston renaissance. - Contributed
1
2
3
4

After last year's stunning debut as the kick-off event of StyleWeek Jamaica, CityStyle was hailed as one of the most innovative entertainment concepts to have hit Jamaica in more than a decade.

The brainchild of Saint CEO Deiwght Peters, the event was a South beach-themed red carpet, VIP, extravaganza held downtown Kingston at the Southern car park of the UDC.

The all-white dress code sent the social set into a frenzied search among retailers, who eagerly enquired what was the 'mystery event' that resulted in a surge in demand for white accessories and clothing.

This year, the all-white theme will add accessories in Jamaican colours.

The invitation-only soiree featured glitzy mix of fire breathers, men on stilts, screaming fans, and stretch limos and the latest designs from talented accessories designers. The formula will be retained for 2012.

At the SyleWeek Jamaica launch last Thursday, Damion Crawford, minister of state in the Ministry of Tourism and Entertainment, lauded the organisers as innovators whose events will add to the profile of Kingston on the global stage.

"CityStyle was developed as a catalyst to shift the discussion about downtown as a party destination for uptown," explained Deiwght Peters, Saint International CEO, organisers of StyleWeek.

In addition to the accessories fashion show, there will be musical thrills with a special 50-minute segment dubbed '50 Retro Groove'.

"There is an overwhelming demand for invitations. No doubt the novelty of the location, coupled with the overall theme of exclusivity and glitz, sends the demand through the roof. People have been calling from March to get on the guest list for CityStyle. But it's not that easy," Peters revealed. He outlines that there are limited tickets for $5,000.

CityStyle was created by Peters as the initiative to promote the renaissance of downtown Kingston, using StyleWeek as the platform.

The event was well attended by diplomats, socialites, business leaders, and media executives. All revelled under the stars next to the moon-kissed sea in the most unlikely space of downtown Kingston. The event has spawned other initiatives, such as Jacqui Tyson's brunch on the waterfront every last Sunday.

Corporate Jamaica is in on the act, with primary sponsors Scotiabank and Carreras returning to the celebrations. Courts Jamaica has also joined the ranks with their fashionable furniture line.