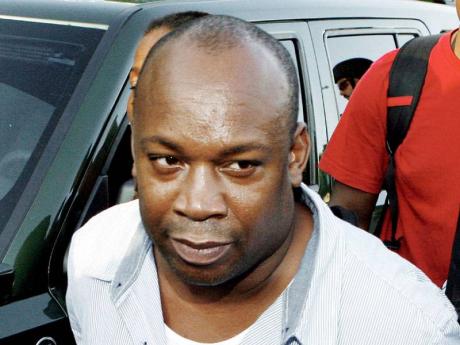 Jermaine 'Cowboy' Cohen, a self-proclaimed foot soldier of Christopher 'Dudus' Coke's, kept all who appeared in the Southern District Court in Lower Manhattan spellbound as he told how he went from being a right-hand man of the former Tivoli strongman to fearing for his life.

Dudus' eyes lit up when he saw his family members in court yesterday morning, but the greetings from them were not as effusive as they were last time. They seemed nervous. That mood was carried throughout the trial into the afternoon as Cohen sang like a canary.

Dressed in prison-issued navy blue slacks and matching shirt, Dudus' face remained blank as Cohen revealed acts of terror which he said Coke himself committed, or ordered. Cohen said he witnessed a man being chopped to death with a hatchet and also reported standing just outside the door as Dudus killed on more than one occasion, or ordered one of his lieutenants, 'Thugman', to kill those who had crossed him.

Cohen also told of an incident in which a man called 'Fisherman' "started taxing Dudus' people, who paying salary to Dudus".

Cohen said Fisherman was forcibly brought to 'Java', a place in Tivoli Gardens where 'Jail' is located, and was later shot and killed. His body was placed in a barrel and later dumped on Water Lane, downtown Kingston.

In another incident, Cohen said two youngsters, Greg and David, shot the son of 'Sexy Paul', a well-respected Tivoli elder. The youngsters, whose job it was to watch the May Pen Cemetery, had reportedly told Dudus that men from Rema were responsible for the shooting, but were caught in a lie. They were shot and their bodies dumped on Darling Street.

According to Cohen, this system of punishing lieutenants was a new system that was started by Dudus when he took over the organisation after the death of his father, Lester Lloyd Coke, also known as 'Jim Brown'.

He said when Jim Brown was in charge, no associates of his were ever punished for any misdeeds. However, Dudus' foot soldiers could expect to be taken out if they crossed "the boss", just like any other resident of Tivoli.

All guns belong to dudus

Cohen also gave evidence yesterday that Coke owned all guns that were fired in places such as Pink Lane, Hannah Town, Denham Town, Rose Town, and Charles Street. No matter who fired the gun, it was owned by Dudus and was on loan to whichever thug used it. He said Dudus has approximately 200 foot soldiers under his thumb.

According to Cohen, the guns issued by Dudus to his soldiers included Mac 11s, 45s and .357 Magnums, AK-47s and M16s, and all came into Jamaica from the United States hidden in beans, garlic, and onions. He said the guns were stored at a warehouse along the Bustamante Highway.