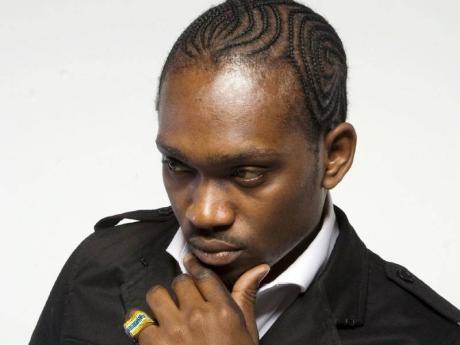 A day after dancehall star Busy Signal was taken into custody on an extradition warrant, a senior representative of Pepsi-Cola Jamaica Limited has revealed the company has taken steps to review its relationship with the artiste.

While the company has not taken an official position on the issue, Pepsi head of marketing, Carlo Redwood, noted that since his arrest, it has stopped running Pepsi Bubbla advertisements featuring the embattled entertainer.

"We have stopped running the ads until we get a clear understanding of what is the situation with the artiste," Redwood explained.

He added: "Obviously, we have to kind of understand what the situation is before we decide what's our next step in terms of the advertising that we have."

Redwood, however, declined to comment further, saying the company had not yet formulated an official position on the issue.

Busy Signal, whose real name is Glendale Gordon, came to prominence with the 2005 hit song Step Out and has also been featured in several ads for Red Label Wine.

However, attempts to get a comment from J. Wray and Nephew Limited, the brewers of Red Label Wine, on the status of that ad campaign were unsuccessful.

A growing number of dancehall artistes are being contracted by Jamaican companies to promote their products, despite numerous run-ins with the law.

Telecommunications company LIME has partnered with dancehall heavyweights Mavado, Beenie Man, Bounty Killer, and Elephant Man to carry their message, while its chief rival, Digicel, has turned to new sensations I-Octane and Tifa to serve as "brand ambassadors".

Artistes' run-ins with the law

Mavado, whose real name is David Brooks, was convicted earlier this month for assault occasioning bodily harm and malicious destruction of property.

Responding to questions about the alliance with dancehall artistes, Digicel said it ensures that background checks are conducted before its brand ambassadors are selected.

"Our brand ambassadors are considered an extension of our brand ... (so) it is standard practice for us to conduct background checks in our assessment of who we should partner with," said Jacqueline Burrell-Clarke, Digicel's public relations manager.

Burrell-Clarke said all contracts with brand ambassadors contain an exit clause "in the event that an association could compromise the high standards of the Digicel brand".

Asked if the company was prepared to review its sponsorship of several popular stage shows, Burrell-Clarke said Digicel believed in supporting and promoting the country's rich culture.

"Digicel will, therefore, continue to support Jamaican music by partnering with promoters and entertainers that are positively aligned to the Digicel brand."