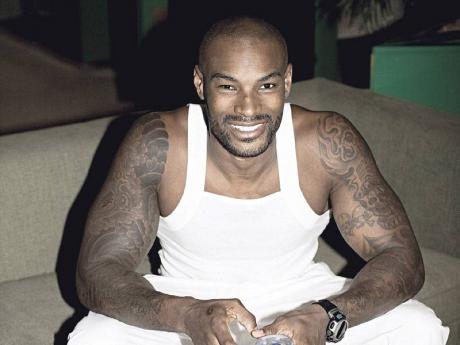 Eyes will be fixed on stage and cameras rolling as internationally acclaimed celebrity supermodel Tyson Beckford graces the runway of the annual StyleWeek International 2012.

Just a mere day away, Saint International's Deiwght Peters broke the news that the model would arrive in the island tomorrow. And if you think this special guest will only make a short appearance on stage, think again! According to Peters, the superstar model will be walking the runway up to three times at the International Men's Collection on Friday night.

With Jamaican roots, Beckford has gone down in the record books as the first black male supermodel. And even with such an accomplishment, his recognition grew even more when he became the face of the Ralph Lauren brand for several years.

A special guest for this year's staging, Peters said Beckford fits in perfectly with the vision of Saint International's celebration of Jamaica's 50th year of Independence.

"We wanted a fashion face to be the face of our fashion event."

Perhaps one of the best choices to date, Peters said Beckford was thrilled to be part of the event and showed nothing but humility.

"He is pretty down to earth. That is his personality."

In its sixth staging, StyleWeek will kick off with tomorrow evening's High Tea ''N' Style with the First Ladies and the CityStyle Accessories Show & Party.

Endorsed by the Jamaica 50 secretariat, Style Week is set to be one of the biggest stagings to date, with media personnel flying in from all over the world to record a grand fashion affair.