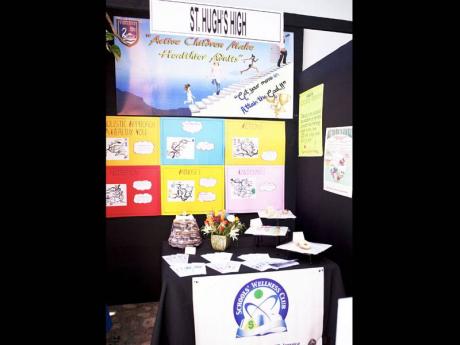 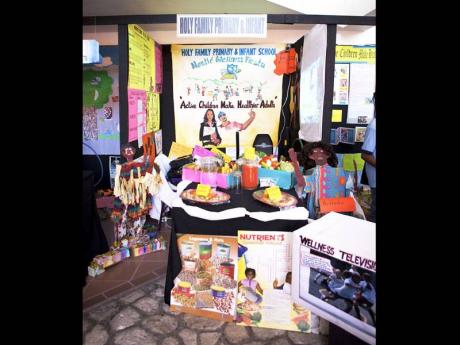 It was all that it was meant to be - a grand fest for wellness - and Holy Family Primary and St Hugh's High were to be proved the life of the party as they were crowned category champions of the recent Nestlé Schools Wellness Fiesta three-day event at the Jamaica Conference Centre.

For Holy Family it was special, having placed third last year in the primary and prep school division. Marcia Richards Gordon, teacher and coordinator of the school's wellness club, said the difference this year was the redoubling of the children's efforts in research and the information presented, and their creative input which led to a video being done on physical activity.

St Hugh's was having itssecond lien on the secondary schools title, having won in 2009. Its booth, said a proud coordinator Denise Gordon, stressed a holistic approach with emphasis on interaction between parents and children on the issue of exercise and wellness. "There are better results," she explained, "when all parties are involved."

In addition to the colourful school booths on the topic, there were company booths highlighting the Nestlé High Five Wellness message - the five steps on achieving proper nutrition and wellness. The steps and representing booths were Eat Healthy, Control Portions, Be Active, Check Health and Be Happy. To complement all this were other related booths set up as Nestlé Fun and Wellness Pavilions. The Milo Energy Zone with various games attracted Jamaica's Reggae Boyz football internationals Luton Shelton and Adrian Rose, and netballer Jhaniele Fowler who all gave tips and pep talks.