Early-childhood education: The foundation of knowledge 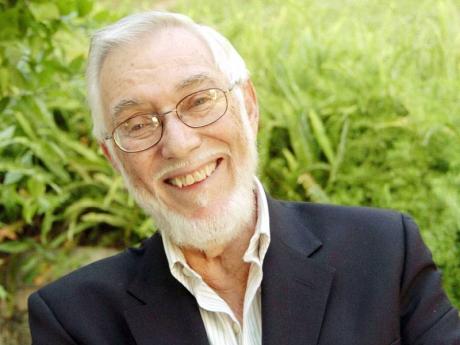 The following are excerpts from the speech given by Dr Ralph Thompson at the Rotary Club of Kingston on May 17. Dr Thompson has advocated for early-childhood education for more than 20 years.

Education is a chain of learning made up of early-childhood schools, primary schools, secondary schools and tertiary institutions. But a chain is only as strong as its weakest link and over time early-childhood has been so neglected that the rest of the chain is now compromised and in danger of collapse.

If you believe as I do that Jamaican children are as bright if not brighter than any children in the world, then it must be the system rather than the children that is at fault. Or are the teachers, rather than the pupils, the ones not getting the job done?

We have about 2,600 early-childhood schools in Jamaica catering to children between the ages of one to six. The so-called pretrained teachers in the system are paid little more than a domestic helper. The Government is supposed to provide one trained teacher for 100 children but in practice, this more likely works out to one trained teacher to 1,000. In Jamaican culture we believe that little children only need a granny or a nanny. This is a huge mistake.

Modern science has proved that a child will learn more in its first six years than it will for the rest of its life. And apart from learning and language, this is when a child's moral character is formed. The brainpower with which a child is born needs to be stimulated or the synapses will deteriorate. It is a case of use or lose. Remedial attempts at later stages in the education chain have very little success and are not cost-effective.

In other cultures with a more stable nuclear-family structure, parents are able to help with the development of their children before they start primary school. Parents in other societies are teaching their children to read at this stage, to speak properly, to begin to understand the logic of connecting a subject with a predicate using a verb. Poor Jamaican parents want the best for their children, but all too often their parenting skills do not match their desires.

Many parents in our inner cities and rural areas are part of an environment that is damaging their own children - many persons to one room, four to a bed, too-early sexual stimulation, different men for fathers, bad language, blasting music, incest, violence erupting at the slightest provocation, the children cowering in a corner, confused, traumatised. Is it any wonder that we have so much violence in the society?

Given this situation, it seems to me that the State has to step up to the plate and pay more attention to early-childhood education. Parents have a right to expect this even as they do their best to make a contribution.

In my view, the malady stems from a combination of neglect of early-childhood education and teachers in the system who are time servers and have lost the spiritual motivation of their calling. There are many good teachers in Jamaica, but their successes are watered down by the bad ones who hide behind the protection of the Jamaica Teachers' Association. Trying to get bad teachers out of the system is like pulling hen's teeth. No wonder morale in the education system is so low.

These are some solutions to the problem that I have proposed over the years:

While it is desirable for early-childhood schools to be up to standard with fire extinguisher, playrooms, bathrooms, what is more important is the quality of teachers in the system. Technocrats in the education bureaucracy tend to sacrifice the 'good' for the 'best' and use resources and energy which we don't have trying to achieve it. When I went to Alpha, many of my best classes were held under a mango tree.

All teachers should be licensed to teach and obliged to upgrade their skills every three years for the licence to be renewed.

School boards which now hire teachers directly should also have the power to fire them for non-performance.

Performance pay for teachers should replace automatic annual increases which, without corresponding productivity increases, will eventually cripple the system.

Let me end on an optimistic note. If we get early-childhood education right, there will be an almost miraculous epiphany in which many if not all of the dysfuntionalities in the system will be automatically healed. This may take 15 years if we get serious now, but 15 years in the life of a nation is but a blink.

No country can make overall progress if the vast majority of its citizens are kept in ignorance and poverty. Not in a democratic society. Demagoguery feeds on ignorance. The result will be either chaos or dictatorship.

A wise man has said "Education makes people easy to lead but difficult to drive; easy to govern but impossible to enslave." This is wisdom we should heed. I implore members of your distinguished organisation to make early-childhood education one of your priority projects. Adopt basic schools, supplement the salary of early-childhood teachers, donate toys, crayons and equipment to basic schools. A new generation will bless you.