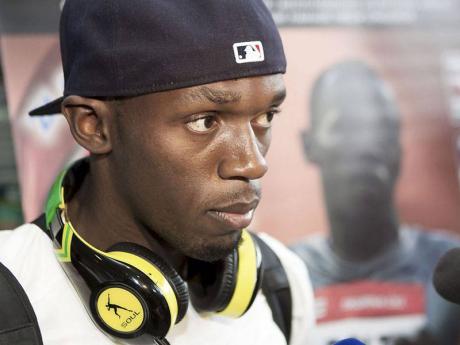 Usain Bolt will try to improve his season best in the 100 metres on Friday in his first race on the European continent before the London Olympics.

The Jamaican sprinter, who won three gold medals at the Beijing Olympics four years ago, clocked 9.82 on May 5 in Kingston, Jamaica.

''I would definitely like to run faster ... probably 9.7 would be good for me,'' Bolt said yesterday after he arrived for the Golden Spike meet in Ostrava, Czech Republic.

Bolt also will compete in Diamond League meets in Rome on May 31 and Oslo, Norway, on June 7 before returning to Jamaica for the national trials. He plans to return to Europe for the 200 metres at the Diamond League meet in Monaco on July 20, his last race before the London Olympics.

''Hopefully, I can break those records at the Olympic Games,'' Bolt said. ''It would be a wonderful feat.''