Gayle selection not my call - Sammy 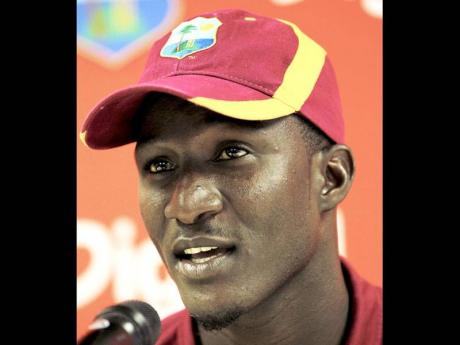 WEST INDIES captain Darren Sammy has sidestepped suggestions of a late call-up to the Test series for Chris Gayle, especially with the opener's stint in the Indian Premier League (IPL) now over.

Gayle had said he would be available for West Indies duty following the IPL which ends next Sunday. However, his Royal Challengers Bangalore failed to qualify for the play-offs after suffering a nine-run loss to Deccan Chargers three days ago.

Sammy, however, refused to be drawn into calling for Gayle's return, saying that if and when the player was selected, he would be warmly embraced.

"We as a team welcome anybody who is selected to play for the West Indies team," Sammy told reporters.

"(They are coming) into a good family so we welcome anybody who is selected, but it is up to the selectors to select the squad."

Gayle has not played for West Indies in over a year because of a protracted squabble with the West Indies Cricket Board (WICB).

However, he struck a deal with the WICB earlier this month that could see him return for the limited overs leg of the England tour.

With the inexperienced Windies top order struggling and his IPL stint over, there has been speculation Gayle could make an earlier than scheduled return to the Test team, a move Sammy said was out of his hands.

"If he makes himself available I guess the selectors will know and they will know how to act accordingly."

West Indies lost the first Test at Lord's by five wickets and will face England in the second match at Trent Bridge starting on Friday.