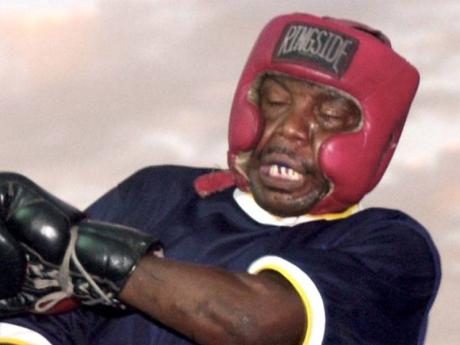 It will be youth versus experience for the second successive week in the Wray and Nephew Contender boxing series, as Ramel Lewis, the 24 year-old hope from the Hard Knocks Gym, takes on 45-year-old veteran Ian 'Hagler' Smith from Stanley Couch Gym in the second semi-final, at the Chinese Benevolent Association auditorium tonight. Fight time is 8.30 with the television broadcast starting at 9:30.

Last week it was 43-year-old Donovan 'Police' Campbell, who triumphed over 25-year-old Richard Holmes by way of a unanimous decision.

The match-up this week is similar in many ways. Lewis, like Holmes, is a newcomer to professional boxing and has only two fights, both of which he won.

The series is promoted by MJK Productions and sanctioned by the Jamaica Boxing Board of Control.

Smith goes in as the sentimental favourite. He declared from the start of the competition that he would be one of the finalists, and only Lewis stands in his way at this time. The huskily built, hard hitting man from Savanna-la-mar yesterday said he was ready and cannot wait to get into the ring with Smith, who will have his work cut out.

Like Holmes, Lewis will be going over eight rounds for the first time and stamina will definitely be a key factor, unless he can take out Smith early. His camp faces a dilemma, however.

The question will be, should they try for an early knockout and run the risk of burnout if the fight goes past four rounds, or bide their time and build up points?

Although Smith also has punching power and likes to mix it up, he knows he has the edge the longer the fight lasts.

Tactics will definitely be a factor tonight and whichever boxer is able to impose his will on the other will be the winner. There will also be two amateur bouts to start the evening.