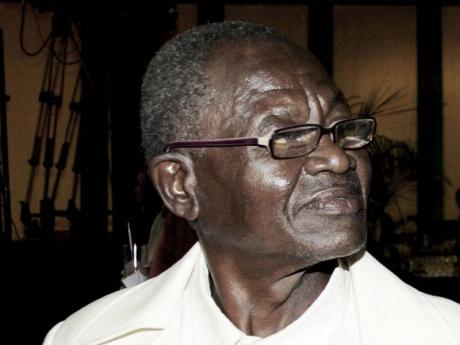 Grant, who lives on Weymouth Drive in Washington Gardens, St Andrew, gave Jamaica an Independence gift on August 4, 1962, when he won the Commonwealth lightweight boxing title with a victory over then champion Dave Charnley. It was the first major sporting event at the National Stadium and took place the night before the Independence ceremony there.

The premises needs repairs, painting and furnishing and after being sold on the idea by her husband, Louis Aiken, who is a project manager at Tank-Weld, Mrs Aiken and her group have decided to make this labour of love their Labour Day project.

The house and fence will be repaired by Tank-Weld and the Sherwin Williams Women's Resource Group, which has the blessing of Managing Director Ian Forbes, will not only paint the building, but will be getting donations of items of furniture for the home of the former champion.

Assisting in the painting will be a group of boxers from various Corporate Area gyms, who will be donating their time and effort to the project.