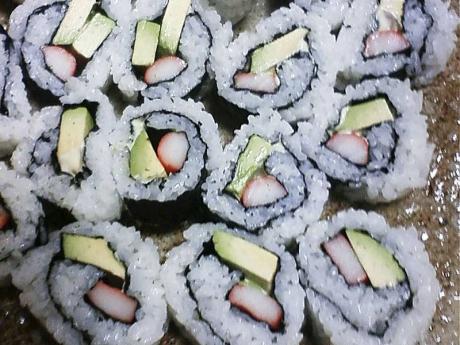 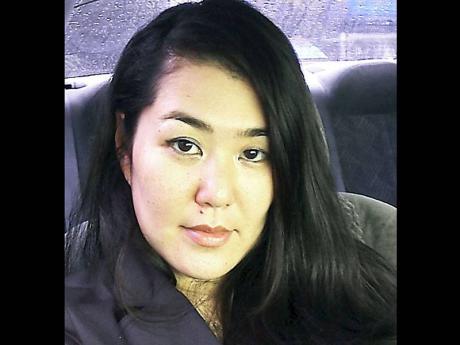 When it comes to Japanese food, everyone thinks of sushi. Sushi may be our national dish, yet it is not something average Japanese moms would make at home. Most Japanese, unless they have been trained to be a sushi chef, go out for sushi.

Some Japanese see sushi as a traditional art form and it is said to take many years to become a qualified sushi chef. You will also notice that all sushi chefs without exception are male. When it comes to sushi, Japanese don't like to eat from female chefs. Reason? They believe the scent of perfume and other cosmetic products women wear get on to the sushi.

While many Japanese take pride in this somewhat obscure tradition of eating slices of raw fish with rice vinegar and sugar-flavoured rice balls, not many of them would have thought sushi would become such a popular dish worldwide.

It was not until the late 1980s that sushi became widely accepted outside of Japan. But not everyone was fond of the idea of eating raw fish. So sushi-like California rolls, Philly rolls, and spider rolls were invented. Since then, more and more unorthodox sushi variations have been introduced almost all over the world. Today, there is almost nowhere in the world that I have visited where I do not find a sushi bar.

Making sushi rolls can be intimidating, but it is, in fact, one of the easiest things to make. And it is definitely entertaining and fun. You can be very creative with sushi. There are no rules. Let your children help you with it, too.

Before your start, you are going to need a bamboo sushi-roll mat, which can be purchased at any good supermarket.

You can change the fillings from what I listed above to anything you wish. You can put cream cheese, tuna with mayonnaise, deep-fried seafood, fried chicken, smoked salmon … absolutely anything!

(1) When making sushi, the first thing that needs to be taken care of is the rice. Begin with washing the rice by stirring with your hand until the water runs clear. Make sure to drain all water before soaking it in 4 cups of water before cooking.

After 30 minutes of soaking, you can start cooking rice on medium heat until it comes to a boil. Reduce heat and simmer for 15 minutes.

Remove from the fire and rest for another 15 minutes.

(2) While the rice cooks, combine rice vinegar, sugar, and salt and heat the mixture until the sugar dissolves completely, but do not let boil. Let it cool until ready to use.

(3) After the rice has cooled for 15 minutes, transfer it to, larger tray or bowl and sprinkle vinegar mix while you loosen gently with a spoon. Make sure to cut and fold the rice instead of stirring so that rice grains do not break. You may be left with excess mix as you should only add enough mix to coat the rice.

(1) Lay the bamboo sushi-roll mat on a flat surface ensuring bamboo strips are horizontal. Place a sheet of cling film on top of the bamboo-roll mat.

(2) Take about one cup of cooked rice and spread evenly over the cling film approximately the dimension of sushi-nori (seaweed). Then place sushi-nori on top of rice.

(3) Arrange strips of avocado, cucumber, and crab meat on seaweed closer to the bottom end of the rolling mat.

(1) Placing your fingers on the ingredients, carefully roll from the bottom to the top, tucking everything in, except cling film and bamboo-roll mat. Roll tightly with firm pressure. Keep rolling until you complete the roll.

(2) Gently squeeze the rolling mat around the sushi roll until it is firm and well-shaped.

(3) Cut the roll into eight and serve with soy sauce and wasabi to dip.

Try this recipe and let us know how they turn out! Send comments or questions to lifestyle@gleanerjm.com, or our Facebook page at http://www.facebook.com/pages/Gleaner-Lifestyle.

Ai and her husband operate a Jamaican/Japanese food takeout restaurant. She is also a founder of Epiphany Media Solutions, ACI International, Kingston Rock and Recovery Japan.