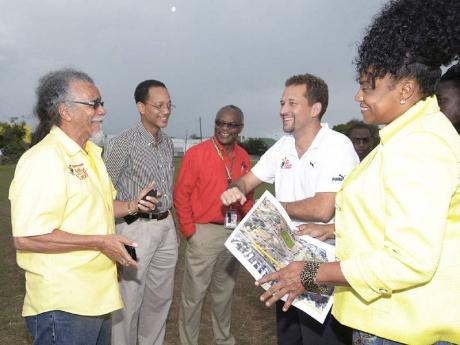 The Caribbean's premier gospel festival, Best Dressed Fun in the Son, is slated to take place on a new date and at a new venue.

The event, which is is co-produced by Jamaica Broilers Group (JBG) through its Best Dressed Chicken brand with Glory Music Limited, will be celebrating its 10th staging.

Activities will kick off on July 11 with a gospel jazz event and will culminate with a grand gospel concert and family day on Saturday, July 14, at the National Heroes Park beginning at 10 a.m.

The new venue for the event is the National Heroes Park, and although the last nine stagings were held in March, this year will be noticeably different.

Nicole Marshall-Walker, group public relations and training manager at JBG, told The Gleaner that the new venue was chosen to accommodate the increasing number of patrons.

"The decision was taken to host the event closer to Independence so as to join in the 50th anniversary celebrations. Members of the Best Dressed Fun in the Son organising committee plan to be at the park on Labour Day to begin the installation of a permanent fence, which will be a gift to Jamaica from the festival," she said.

This year, the event will be headlined by artistes Papa San, DJ Nicholas, Carlene Davis, and Goddy Goddy. There will also be a section themed 'Young Ambassadors' where young talent will be given the opportunity to minister. The word will be ministered by evangelist Andrew Palau.

There will also be a special surprise artiste, who will be announced in the upcoming weeks.

Marshall-Walker further stated that this year's staging was shaping up to be the largest ever.

"We anticipate the patrons to be from a wide cross section of the country, with mission groups from overseas expressing interest as well as churches islandwide, which are already making arrangements for transporting patrons to the event," she said.

The launch of the Best Dressed Fun In the Son is scheduled for June 24 at the Waterfront in downtown Kingston.

The gospel festival aims to transform lives by providing a spiritually uplifting event with wholesome, fun-filled family activities and entertainment.