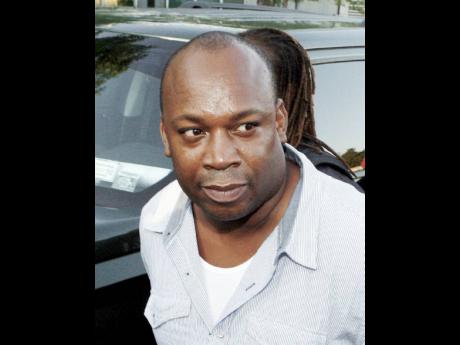 A June 8 sentencing date has been set for confessed Jamaican crime boss Christopher 'Dudus' Coke, who is facing 23 years behind bars in the United States on racketeering and conspiracy charges.

During the final day of Coke's evidentiary hearing in the Southern District Court in Lower Manhattan, United States government prosecutors yesterday pulled another ace from their sleeves in the person of witness Anthony Brown, a former assistant track and field coach at a prominent St Catherine high school.

Brown, who took the stand at 11:45 a.m. yesterday, told the court he fled Jamaica in 2001 because he feared Coke would kill him.

According to Brown, he was part of a US visa racket taking place at the high school, which he became aware of while still a student athlete there. He later became an integral part of the scam while he was an assistant track and field coach at the school between 1997 and 2001. According to Brown, there were three coaches at the school involved in the scam.

"We used to collect money from people, between US$1,500 to $3,000 and help them to get a visa, through the track and field programme, to come to the United States," he said. "We prepare each applicant before they go to the embassy by teaching them about track and field times, basically preparing them to lie to the embassy officials. We then make representation to the US Embassy in Kingston that they were either athletes or chaperones, Brown continued.

According to Brown, the tide turned for him while he was at a track meet at the National Stadium in Jamaica. He told the court he was approached by two men who told him that 'Presi' wanted to see him. Not knowing who 'Presi' was, he inquired who, and was told it was Dudus. He stopped what he was doing and accompanied the men.

Brown said while walking with the men inside Independence Park, he saw several cars and motorcycles and men who were all armed. He was ordered into a vehicle where he met Coke. This was the first time he was meeting him and had only known of him by local lore. He said Coke had a handgun in his lap. It was there, in the back seat of the car, that Coke told him he was interested in getting some visas for people to come to the US. Brown reported Coke as saying, "These people are not going to America on a joyride, they are going to bring up drugs for me."

Brown told the court that the first group of six drug mules included an 11-year-old girl who was in tears and reported that she didn't want to make the trip. The girl said she was drafted into being a courier as her brother had messed with Coke's money in the US, and that her father had already received a beating from the Tivoli Gardens don.

Brown told the court he was successful in getting visas for the first and second group of six couriers, but that Coke only paid a total of US$2,000 for the job. The last group of applicants were unsuccessful as the others in the racket didn't care to keep providing a free service. Therefore, when he was handed back the passport without visas by another coach, he knew it was "the end of the road" for him.

Brown disposed of the passports and made no attempt to contact Coke to tell him what had happened.

Shortly after, Brown travelled with the school's team to the Penn Relays and never returned to Jamaica.

Brown has not exactly been an upstanding citizen since arriving in the United States. He was arrested and charged for credit-card fraud, to which he pleaded guilty and was given probation. He was again arrested and charged for distribution of cocaine and Ecstasy pills and is looking at a maximum sentence of 40 years. However, in exchange for his testimony against Coke, he might get as little as five years.

Defence lawyer Stephen Rosen scoffed at Brown's testimony, calling it an "an absolute lie", declaring that his testimony was just to "curry favour" with the government to get himself a lighter sentence.

After a brief cross-examination, both the prosecution and defence rested before the sentencing date was set.