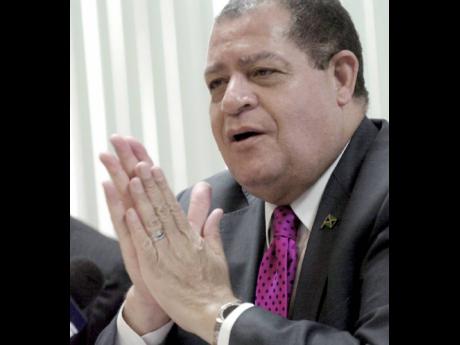 SAYING HE has been privy to information which suggests that the National Housing Trust (NHT) will be called upon to provide some $12 billion to help fund the Budget, Opposition Spokesman on Finance Audley Shaw has warned the Government against any such move.

"I am hearing reports that (Finance Minister Dr Peter Phillips) is planning to raid the NHT to close the financing gap and that is going to be a major source of concern to the Opposition," Shaw told The Gleaner on Tuesday.

Phillips will today open the Budget Debate in the House of Representatives.

The finance minister will, among other things, tell the country how he intends to fund the $612-billion expenditure package which was tabled in the House earlier this month.

Shaw said he was not seeking to pre-empt Phillips' presentation, but that "it is clear that he has a huge gap in the funding of the Budget which has to be funded either by taxation or a combination of initiatives".

Shaw said that while he acknowledges Phillips' Budget woes, "it is an outrage for them to even think about raiding the NHT".

In the meantime, NHT Chairman Easton Douglas refused to comment on whether the entity is being called upon to provide funds for budgetary support.

The NHT, which falls under the Office of the Prime Minister, is charged with providing quality affordable housing solutions for Jamaicans. Data published in the Jamaica Public Bodies: Estimates of Revenue and Expenditure 2012-2013, indicates that the NHT's net surplus is projected to fall from $2.2 billion last year to $451 million this year. The trust said the fall in profits would be due to an increase in the provision for grants and subsidies this year. It also said the price at which scheme units are sold would be reduced.

No mention is made in the document of any provision of money to the Consolidated Fund for budgetary support.

If the Government turns to the NHT for funds, it would not be the first time that a state body is being called upon to provide support to the country's fiscal accounts. In the 2010-2011 fiscal year, the then Government, in which Shaw served as finance minister, raided 17 public bodies for a total of $5 billion in budgetary support.