The death of Keith Clarke: Two years of unimaginable pain and trauma 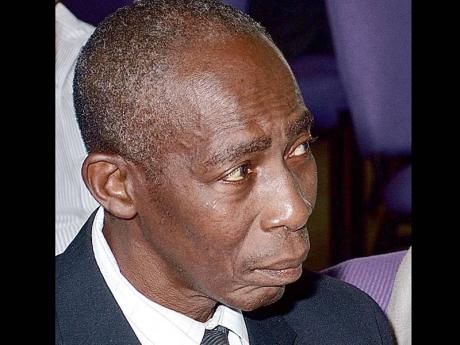 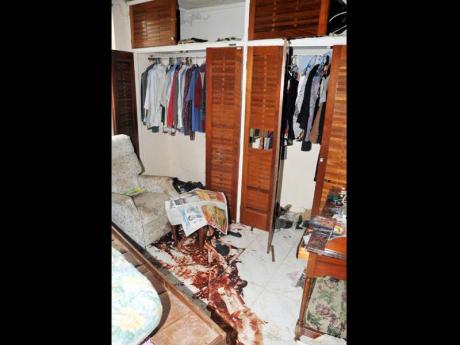 A trail of blood is seen at the upper Kirkland Heights house of Keith Clarke who was killed by the security forces on May 27, 2010. 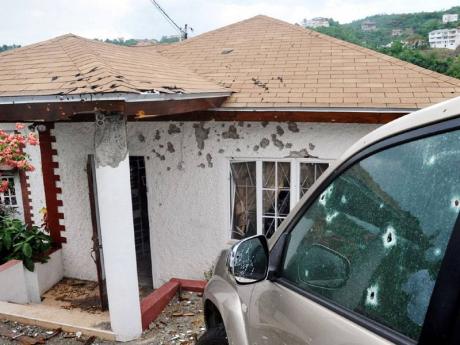 Just shy of two years later, the family is still haunted by the memory and scars of that horrifying day when 63-year-old Keith Clarke was gunned down in his home in full view of his wife and teenage daughter by members of the security forces.

What makes the ordeal even more painful is that up until today, the family still has no idea why he was killed.

"It is quite emotional on several fronts. We can't get any closure. A tremendous injustice has been issued out and it remains intact, and we still cannot get any justice. Apart from losing a father, husband, friend and relative, the whole family has been damaged in terms of reputation, which makes it even harder and even more hurtful and painful. A damage that has absolutely no substance whatsoever," Clarke's daughter, Claudine Clarke-Tracey, shared with The Gleaner.

Filled with emotional pain, her voice often cracking, she said the family anxiously awaits answers to many questions and desperately needs Clarke's name cleared and honour returned to their family.

"Because the delay has been so long, the delay in our healing has been that long, and it's hard to come to grips with something so horrendous when there is no closure. Having to deal with death by itself is hard enough, but having to deal with death under those circumstances with no justice is unimaginable. We're trying to cope but there have been limitations (preventing us from getting some closure)," she said.

On May 27, 2010, the search for wanted fugitive Christopher 'Dudus' Coke led a heavy battalion of police officers and soldiers to Clarke's upper Kirkland Heights home in upper St Andrew. After a frightful experience that terrified the neighbourhood for an extended period, with sustained gunfire from high-powered weapons, the security forces invaded his home. His wife and 18-year-old daughter were apprehended and the businessman and accountant was shot more than 20 times and died on the spot.

"What led them there in the first place? Had his name come up in any investigation? No. Was he on any list? No. What would they have found, if anything at all, that would have linked him to Mr Coke? Nothing," said a passionate Claudine.

"They have not made any connection to him or his family with Coke or anyone related to Coke at all, and nothing has been said in that regard. After all this time, we still have no idea at all what led to this horrendous act and no one is saying anything to us."

She added: "We await some kind of public denouncement of what occurred. I strongly believe that they can come out and apologise publicly without prejudicing any case or potential case."

In April this year, the Office of the Director of Public Prosecutions announced that it had finally got the file on the case from the Independent Commission of Investigations (INDECOM).

On Tuesday of this week, the director of public prosecutions (DPP) issued a statement to the media noting that due to insufficient material, "a ruling cannot be rendered at this time".

DPP Paula Llewellyn said her office has "requested that this outstanding material be furnished to this office as soon as possible so that we can complete our review and render a ruling in the matter".

For Claudine, "We (the family) remain devastated and very eager and anxious for justice to be served. We are frustrated about the length of time that the investigation took. We believe that it is ludicrous, unforgivable and even though a significant milestone has happened in terms of the INDECOM report being complete and the file finally with the DPP, we believe that it really took too long, not the fault of INDECOM, but all the many factors that held it up, that I believe could have been better handled and managed.

"We're anxious for the DPP to review the case file quickly so that justice can be served."

Claudine noted that a critical factor that was being overlooked was the unimaginable trauma and crime of what her mother and sister had to endure with the excessive use of force.

"Aside from the loud explosions, the hours of gun-firing from high-powered weapons, the breaking in into the house, them screaming for help. Then to have guns pointed at them, shouted at, high-powered guns placed at their heads, being placed on the floor right beside the dead body of my father. Going through something like that is unimaginable on top of Daddy being murdered like that," she revealed.

Clarke's distressed daughter shared that as far as she was concerned, it was even more hurtful to see the police quickly apologise within days to a corporate entity for their excessive use of force, "but when there is horrendous misuse and overuse of force in the brutal killing of a man, years later, no apologies, no nothing, silence. That is also very, very hard to deal with. The fact that an innocent man's life was taken and his reputation completely ruined because of the circumstances of his death, the silence is beyond deafening and it is hurtful for the family."

Compounding the family's hurt, Claudine shared, were the rumours that started swirling after the incident.

"It was extremely painful. The rumours were completely slanderous and could not be further from the truth. We heard some silly and stupid and completely impractical rumours that just made no sense. We wondered how on earth people came to these things," she stated.

The 31-year-old public servant disclosed that her mother, who was a stalwart and remained tremendously strong, kept the family together.

"She is also a tremendous asset to her country, continuing to serve as a justice of the peace, as well as in the field of education and culture. Still, she is hurting like everyone else, and patiently waiting, much more than I am, for justice to be served," she stated.

Her sister, now 20 years old, is trying to cope with the psychological trauma while balancing university studies.

Despite the painful memories, the family has moved back into the home, which was severely damaged during the invasion. Claudine said it had now been completely repaired at a tremendous cost to the family, with no assistance from the state.

"It was almost a reconstruction," she said.

Clarke's daughter disclosed that the family had retained an attorney and would be taking the appropriate action.