LETTER OF THE DAY - More respect for national symbols 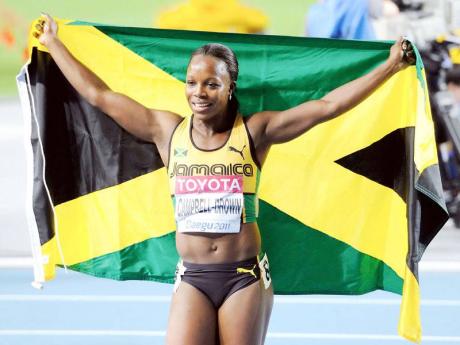 NOW THAT the dust has settled on the national flag misuse debate, and it seems that the sacrifice of a low- level political operative has been deemed acceptable by the society as sufficient atonement for the recent display of gross tribal misdemeanour, it is, perhaps, time to pause and reflect, in this our golden jubilee year, on our general attitude towards our national symbols.

According to the website of the Jamaica Information Service (JIS), it is the Office of the Prime Minister (OPM), through its Protocol Department and Chancery, that has the responsibility for the national symbols of Jamaica, including the flag. It was in excusing itself from the Montego Bay debacle that the OPM saw it fit to publish on the net the guidelines for use of the flag. Up to then, it was apparently a well-kept secret. Indeed, in an earlier quest for this information I had been advised by the JIS that I would need to purchase for $200 its booklet on the subject.

Our national flag and representations thereof have some hair-raising stories to tell. Some of us will recall the football-decorated ones proudly displayed for sale by street vendors some years ago in celebration of the Reggae Boyz's World Cup qualification. Others may have noticed the more recent irregularly shaped representations thereof covering whole walls of buildings as a salute to our 50th anniversary milestone and still others, journeying to Ocho Rios, could find it mystically emblazoned on a conspicuously placed garbage bin in the car park of its newest upscale tourist attraction.

As a salute to our golden anniversary, if for no other reason, the OPM in collaboration with the JIS should this year tackle the task of mounting a media campaign on the significance of our national symbols and guidelines for their use. As it relates to our athletes, the OPM must ensure that that campaign is urgently taken to their respective clubs before their departure for the London Olympics. The first aspect of that initiative must be to tidy up and clarify what currently appears on the website for such a list - a hodgepodge of loosely hanging sentences, curious phrases and typographical errors declaring what should, should normally, must or may happen in relation to the flag, stating what is preferable or ideal but ostensibly insisting on very little. A paragraph endorsing its use by athletes for self-draping at competitive events dangles apologetically at the end of the section.

A clear and definitive statement on the use of the flag is long overdue and now urgently required. In the final analysis, what emerges should not be seen to be holding the public to a higher standard of compliance than what is practicable or what the Government is itself willing or able to observe on its part.