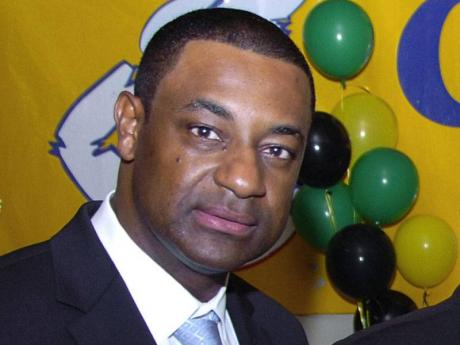 A list of financial mismanagement allegations against former CONCACAF leaders Austin "Jack" Warner and Chuck Blazer was outlined to 40 football nations yesterday, just minutes after they elected Jeffrey Webb as their new president.

Officials from across Central America and the Caribbean turned on their former general secretary, Blazer, the most senior American official in world soccer, and voted to seek his removal from FIFA's executive committee after 16 years.

FIFA must decide how to deal with the issue at its full congress of 208 countries tomorrow.

Blazer, who cited illness, did not attend the meeting that detailed an audit of CONCACAF's finances, conducted after he stepped down as the body's top administrator in December.

The revelation of Warner's legal ownership of a $22.5 million CONCACAF Centre of Excellence in his native Trinidad and Tobago stunned officials. They also learned that Warner and former CONCACAF vice-president, Lisle Austin, took out an unauthorised mortgage on the sprawling property in 2007.

Blazer's 10 per cent commissions on television and sponsorship deals, paid to an offshore company called Sportvertising, helped push CONCACAF's staff costs to $9 million from an income of $38 million last year, according to the audit.

"We feel let down, disappointed, dismayed,'' Webb said. "Too often, improper decisions were made by individuals with their own agenda.''

CONCACAF is a non-profit organisation legally based in the Bahamas, but also has offices in New York City. It has self-reported to the United States Internal Revenue Service because it failed to report tax returns since at least 2007, legal counsel John Collins said.

"It is difficult to predict what CONCACAF's exposure will be,'' Collins said.

Blazer countered that he was "not yet in litigation'' with CONCACAF to recover unpaid commissions, agreed by Warner since 1994.

"I'm perfectly satisfied that I did an excellent job,'' Blazer said in an interview. "I spent 21 years building the confederation and its competitions and its revenues, and I'm the one responsible for its good levels of income.''

Warner ruled CONCACAF and Caribbean soccer for almost three decades before he resigned in June under pressure from the subsequent FIFA probe.

Blazer was a longtime ally of Warner before collecting whistleblower evidence last year that sparked a bribery scandal and brought down his former boss.

Webb, a Cayman Islands banker, was the only candidate to succeed the disgraced Warner, a former FIFA vice-president.

Webb vowed to concentrate on the game and promised to shift the region's focus from "politics and economics'' to football.

Most members, including some sanctioned by FIFA in the 2011 bribery affair, applauded the suggestion that Blazer be investigated by a FIFA ethics panel.

Osiris Guzman of the Dominican Republic, who served a 15-day suspension from soccer, demanded that Blazer be "taken to justice. We were taken to the ethics committee for something that was nothing like this".

They hailed the new president for saying "we have a responsibility to make sure the past ... will never be repeated.''

Webb pledged that CONCACAF nations would work on improving soccer and strive to win the World Cup in 2026.

Webb lamented that the confederation had neglected developing the game in a region of 540 million people. He urged greater transparency as CONCACAF attempts to reform in line with new FIFA guidelines.

"The credibility of CONCACAF is back,'' Blatter told delegates. "We also in FIFA need credibility, but we cannot have it if one of our confederations was still a little bit shaky.''