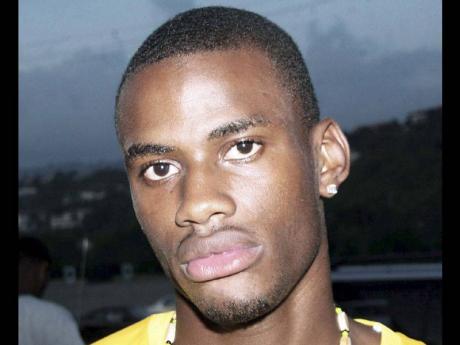 Aside from its piercing focus on Asafa Powell, the athletics public seems most concerned about the early form of our women sprinters and the languishing of our storied 400-metre tradition.

The form of World Champion Carmelita Jeter is so compelling that many pick her for gold at the Olympics.

The public prognosis for the men's 400 and the 4x400 isn't bright. Those skies are so grey that even with the knowledge that the Olympic schedule doesn't favour sprinters running the 4x400, many still dream of Usain Bolt and Yohan Blake taking long sprint legs with the baton in London.

A look at our recent 400 men's history suggests that things might not be so bleak. Last year, when Jamaica took fourth in the 400 through Jermaine Gonzales and third in the 4x400, we had eight men who ran the full lap in under 46 seconds. To polish things off, the 4x400 team of Allodin Fothergill, Riker Hylton, Lansford Spence, and Leford Green ran two minutes 59.13 seconds in the Daegu World Championships heats.

In 2012, with the outdoor season barely started, seven of our 400-metre men have already broken 46. Among them is Ricardo Chambers, who has returned from a troubled 2011 season. He re-entered the orbit at the Jamaica International Invitational with an encouraging performance of 45.71 seconds.

Hopefully, the World and Olympic semi-finalist is on his way back to his exciting 2010 form. In that campaign, the 2007 NCAA Indoor and Outdoor champion ran 44.54 seconds and was the runner-up to US star Jeremy Wariner at the IAAF Continental Cup in Zagreb.

Among those under 46 this season is Edino Steele. Unnoticed by most, the 2006 World Junior finalist is laying the foundation for a great season. At 45.78 seconds this year, he is just 0.01 off a personal best set in 2007.

In addition, he looks quite nippy over 200 metres. Two Saturdays ago, at the National Stadium, he sprinted the distance in 20.58 seconds to equal a personal best set in 2007. On Saturday last, he revisited sub-21 territory with an easy run of 20.92.

He is about the same size as relay genius Davian Clarke and runs in sunshades, as Clarke did from time to time.

Steele trains with the Racers, whose coaches include 1983 World Champion Bert Cameron. When Cameron broke the 45-second barrier for the first time in 1981, he was the first Jamaican to do so. Since then, 15 others have followed. If the signs are right, Steele could be next.

If he makes that kind of progress, and Gonzales and Chambers peak on time, he could be a key member of the Jamaican 4x400 team in London. At the chilly Penn Relays, with Fothergill, Gonzales, Dane Hyatt, and Dewayne Barrett on duty, Jamaica clocked 3.03 seconds.

National champion Hylton anchored his Louisiana State University team to a 4x400 victory in 45.5 seconds in those same cold conditions. In addition, Nicholas Maitland, who held off Bolt at the 2010 Gibson Relays, has been in fine form for UWI. The former St Elizabeth Technical High School and University of Technology (UTech) man won the Intercollegiate Champs 400 title and has run relay legs in the mid- 45-second range.

Green is in his first season beyond collegiate eligibility at Johnson C. Smith University and has yet to sparkle in 2012. Last year, he ran 45.46 seconds for the flat 400. In that form, he, too, will have hope of a London slot in the 4x400.

There are still four weeks before the start of the National Champion-ships and things could change. However, the state of the men's 400 metres is promising. Less than halfway through the outdoor season, our one-lappers have almost matched the sub-46 total of 2011. Three others, Hylton, UTech's Rusheen McDonald, and Maitland are on the borderline at 46.05, 46.06 and 46.07, respectively.

It is a stretch, but Steele could soon enter the sub-45 realm. In the 400 metres, that is where real speed begins.