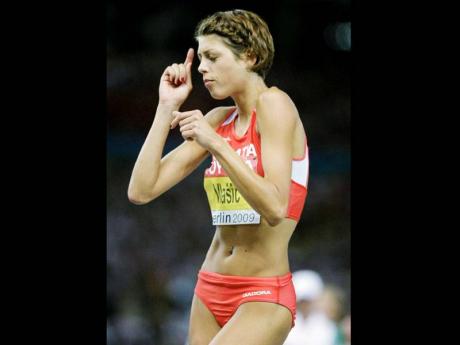 Former world high jump champion Blanka Vlasic says she is doubtful for the London Olympics because of health problems. The 28-year-old Croatian, who dominated the high jump since her silver medal at the 2008 Beijing Games until ankle surgery last year, has a bacterial infection that has set back her recovery.

She said on Tuesday that the entire season, "especially London", was in doubt and she would decide whether to participate "a day before the Olympics".

She says she doesn't want to go to London "fearing if I'll make it to the finals".