Phillips to balance Budget by 2016 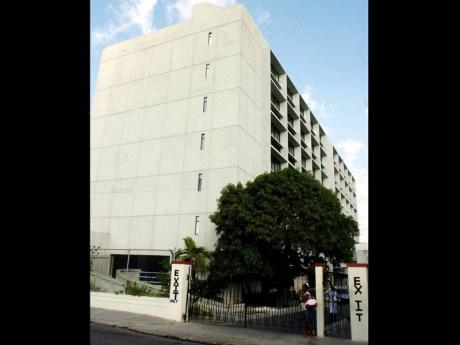 A side view of the Ministry of Finance, in Kingston. - File

Jamaica is aiming for a fiscal deficit target of 3.8 per cent, Finance Minister Dr Peter Phillips disclosed Thursday, as he opened the Budget Debate with warnings that Jamaica would have to live within its means.

The new target is about half the level of the 6.2 per cent deficit recorded in the fiscal year just ended.

On Thursday he rejected stimulus as the means of kick-starting the economy amid strong warning that the debt was unsustainable.

"Who would not want to answer the call to spend more. I certainly would. But seductive as the thought is Mr Speaker, it is a mirage," he told lawmakers in his maiden budget presentation.

"In these terms, stimulus means engaging in higher deficit expenditure. That is just another term for borrowing more in order to engage in greater capital expenditure. That would indeed be a welcome prospect were our debt ratios lower than they in fact are."

It means that everyone in Jamaica, adults and children, each bear a debt burden of J$600,000, he said.

"The fact is that we can only borrow more if someone is prepared to lend to us in sufficient amounts. It is a matter of record that the international financial institutions are not prepared so to do. What is more: if we choose to go to the domestic capital markets to finance sizeable deficit expenditure, it would be at the cost of a reversal of the downward path of domestic interest rates."

Policy rates have been maintained at 6.25 per cent since September 2011.

Phillips intends to raise J$109.34 billion in loans from external sources - including J$45.13 billion from the international capital markets - plus J$141.8 billion from domestic sources.

The new debt in addition to tax and non-tax revenue - amounting to a combined J$93 billion. It leaves a J$19 billion gap in the J$612 billion budget.