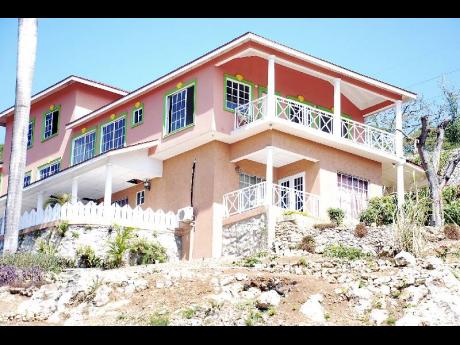 The Supreme Court has ordered the developer of the Vista Ambassador Resort & Spa in Montego Bay, to provide J$3 million as security for costs pending the outcome of a lawsuit brought against Capital and Credit Merchant Bank (CCMB) to which it is indebted.

The order by Justice Ingrid Mangatal was based on the financial position of developer C&H Property Development Company Limited, which raised concerns that were Capital and Credit to be successful in the case, the bank might not be able to recover its costs.

C&H Property has sued CCMB for breach of fiduciary duty in relation to the handling of its loans, claiming that the bank has caused the hotel company extensive loss and damage.

Capital and Credit has denied the claims and has countersued to force payment of the outstanding debt.

Capital and Credit also has a mortgage over lands owned by the developer as security for the debt. The bank had attempted to sell the land, but the developer obtained an injunction barring the sale.

The ex parte injunction was discharged on January 12, 2012. However, on April 5 the developer filed a new application for another injunction, which has not yet been heard by the court.

In a statement supporting the bank's application, CCMB president and chief executive officer Curtis Martin said Capital and Credit has demanded that the developer pay US$349,279.33, representing principal and late charges in respect of the restructured loan, as well as J$1,324,279.33 and US$68,061.88 in respect of recoverable accounts, but that C&H has not complied.

Constantine Hinds, managing director of C&H Property Development, in opposing the application of Capital and Credit, said the mortgaged property was valued at US$16 million (J$1.4 billion) in September 2010, and "I would expect that the value has increased since then," he said.

As such, Hinds said, Capital and Credit would in no way be disadvantaged by an injunction restraining them from selling the property as the value "is well in excess of its interest, and if sold would be able to fulfil any order as to costs."

However, Justice Mangatal, having examined the developer's financial antecedents, found that "on the face of it, it would appear that the claimant (C&H Property Development) is not in a good financial position at this point in time."

The judge said that based on one of Hinds' affidavits, it is clear that he admits receiving millions of US dollars from Capital and Credit by way of loan. Further, that C&H Property Development admits that "it has not paid the debt due" to the bank, but gives the explanation that it has taken issue with the bank's handling of the loan portfolio.

Lawyers for Capital and Credit had asked that J$7.5 million be provided for security of costs to defend the suit, but Mangatal reduced it to J$3 million.