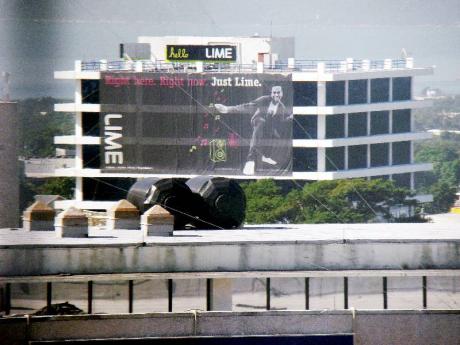 The write-down of the mobile network of Lime Jamaica was primarily blamed for a US$244-million (J$19.7b) impairment loss recorded by its parent Cable & Wireless Communications.

The actual impact of the write-down on Jamaica was not dissagregated as investors await the release of the local operation's earnings report.

But the impairment pared C&W Communications' net profits to US$24 million for year ending March 31, 2012, a 92 per cent decline over year-earlier levels according to the London-based company's financials released on Thursday.

C&W Communications had no impairments in the prior year.

"We recognised a non-cash impairment and accelerated depreciation charge of US$244 million in the year ended 31 March 2012. This is primarily due to our difficult market position and poor financial performance in Jamaica as indicated in our quarter three results," said C&W Communications in its notes accompanying the financials.

"The accelerated depreciation charge was in relation to legacy mobile assets as part of the network upgrade programme in the Caribbean."

The company had previously warned investors to brace for a write-down of assets but is just disclosing the size of the impact.

C&W Communications operates telecom services within most of the Caribbean, Panama, Macau and Monaco. The group made US$2.8 billion in revenues, up 18 per cent over year-earlier levels.

C&W Communications indicated that mobile revenues in Jamaica actually improved but that it lost some momentum in the broadband market.

"There was an improving mobile performance in Jamaica where mobile service revenue increased driven by growth in inbound roaming, and prepaid ARPU benefited from tighter control of discounted voice minutes," stated the financials.

"Broadband and TV revenue was US$122 million of which The Bahamas contributed US$15 million. There was some growth in subscribers with the exception of Jamaica, where competition saw our broadband subscriber base decline."

C&W Communications remains optimistic about prospects for a reset of interconnection rates by the Jamaican Government, which it expects to boost LIME's mobile revenues.

"We are encouraged by the new telecoms legislation in Jamaica. Whilst it is still early days, this should lead to a level playing field and improve our ability to compete," the UK telecoms said.