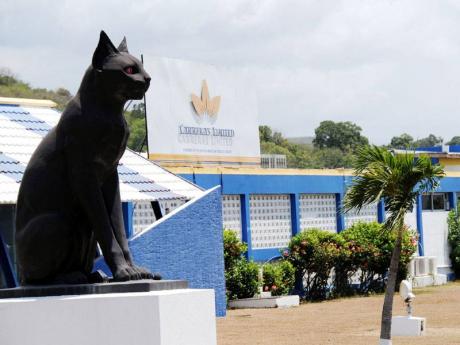 The exact amount remains to be determined, but according to one source with knowledge of the transaction now be structured says the sale could be as high as 7.4 million shares, or one-tenth of its holdings in the cigarette distribution company.

Carreras, considered a blue-chip stock on the Jamaica Stock Exchange, has traded within a range of J$60 to J$67 per share over the past year.

On Thursday, however, the stock dropped to J$55.92 per share, slicing J$2 billion off Carreras' stock market value to J$27 billion.

Lascelles managing director Fraser Thornton did not respond to requests for comment and NCB Capital Markets, which will broker the sale, declined to speak citing client sensitivity.

The sale could occur as early as next month and will be offered to small investors rather than to a single buyer. The offer price was not disclosed.

"There is nothing finalised yet. It is still in the process of negotiation. We are at a delicate stage of the transaction and we can't afford for it to go to press," said the first source.

Last year, a group of investors led by William McConnell, who launched a hostile bid for Lascelles, had voiced concerns that the Jamaican conglomerate would sell its Carreras shares as a fund-raising drive to cover partial payment of a bond in default by the troubled CL Financial Group based in Trinidad and Tobago.

CL Financial owns 87 per cent of Lascelles and controls 92 per cent of the voting rights.

Carreras has a stock market value of J$29 billion.