I don't want Gov't to meddle with 'I dos' 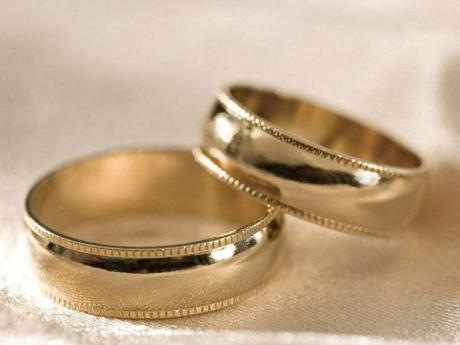 As someone who is not gay, I would like to add my contribution to the gay marriage debate.

After more than 200 years and 43 presidents of the United States, the first black president has courageously given his support to the controversial issue of gay marriage. Barack Obama is arguably one of the most rational and insightful presidents (others are Thomas Jefferson and Abraham Lincoln) to ever grace the White House.

Back home, our prime minister made a small gesture of acceptance to the gay community. Will she follow Obama? Let's not hold our breath.

Jamaica is one of the most homophobic (and religious) countries in the world. Our politicians, wearing their usual blinkers, will always slavishly and, sadly, hypocritically, dance to the music of the people.

The origin of marriage is not religious, nor does it have anything to do with the god of the Abrahamic religions. Today, marriages in almost every nation (not all) are primarily based on love. Most ceremonies do have some religious rituals, but a marriage still remains a legal contract and must have government approval. Other than that, what adults choose to do by consent in their bedrooms should be no business of the State. The religious component is only attached if the couple adopt it.

The right to marry whoever one wishes is an elementary human right. It is a lifelong commitment between two people who love each other and want to share their lives together. The love between two people, whether heterosexual or homosexual, should be an occasion to be celebrated. Yes, indeed, a tiny expression of love, but in a world of so much hate and violence, the world would be a little better for it.

But the Christian fringe, what do they do? They howl in protest, "Marriage between same-sex individuals is immoral!" Whatever happened to Christian love and brotherly love?

Is homosexual conduct immoral? A secular government cannot presume to determine such imponderables, as (according to Father Ho Lung) homosexuality is humanity's deviance, sin and Satan (yeah, the guy with the horns and pointed tail).

The common myth is that humanity is the preserve of religion. A secular government (I presume our government is secular) should not pose any god-related question because the concept of god is irrelevant to public policy. Instead the question, "Is it immoral?" in this context should be, "Does it cause harm?" and conversely, "Does it create benefit?"

Obscure theological twaddle does not get us nearer to solving the problem of discrimination and violence towards gays. Institute legislative measures to ensure their rights to equality before the law through rational, impartial discussions and critical thinking among human-rights activists, the legal fraternity, politicians and, yes, religious individuals.

There are never enough religions in this world to make people love one another, just enough to make them hate one another.