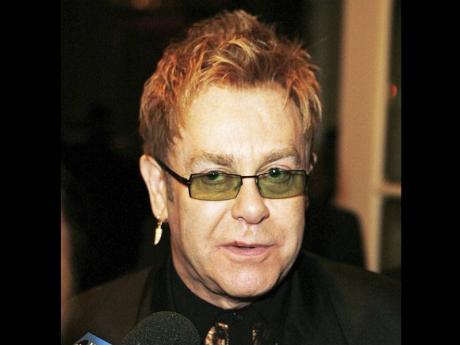 Sir Elton John has been hospitalised with a "serious respiratory infection".

The Rocket Man singer was rushed to the Cedars-Sinai Hospital in Los Angeles in the early hours of Wednesday.

He has subsequently undergone tests and doctors have told him he cannot perform for seven days, meaning he will have to cancel four concerts of his 'Million Dollar Piano' residency at Las Vegas' Caesars Palace, scheduled for this weekend. Elton was told by medics he needs "complete rest and antibiotic treatment to prevent damage".

The 65-year-old musician is now thought to have left hospital and is resting at home. He said: "It feels strange not to be able to perform these 'Million Dollar Piano' concerts at the Colosseum. I love performing the show and I will be thrilled when we return to the Colosseum in October to complete the 11 concerts."

Elton was previously forced to cancel two concerts in February, after he came down with food poisoning.

In October 2011, Elton celebrated performing his 3,000th show in Las Vegas, after which he celebrated with the audience and a large cake with 'EJ3K' written on it.

The star's 'Million Dollar Piano' shows are named after the piano he uses, which was especially built for him by manufacturer Yamaha over four years and cost a reported US$1 million to produce.