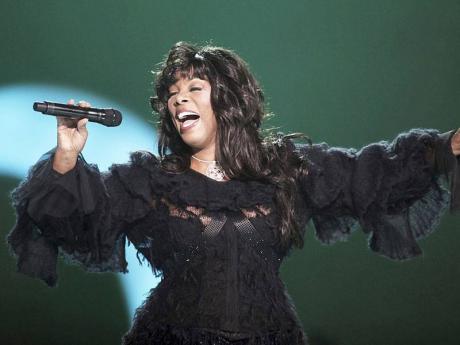 Donna Summer was buried in a casket covered by white roses at her funeral on Wednesday.

The Queen of Disco's private funeral ceremony took place in Nashville, Tennessee, and was attended by 1,000 guests, including music producers David Foster and Giorgio Moroder.

David Foster - who produced a lot of music with Donna - participated in a song called The Prayer.

Giorgio Moroder produced several tracks with the late star, including Love to Love You Baby and I Feel Love.

According to the funeral-programme document, her siblings sung We've Come This Far By Faith and Donna's brother Ricky Gaines made a speech.

Her female friends also shared anecdotal "girlfriend stories" at the celebration of Summer's life attended by her entire family.

The program also included a Psalm dedicated to Donna about "a wife of noble character".

Summer passed away in Florida last week, after battling lung cancer, at the age of 63. A musical tribute was paid to Donna at the Billboard Music Awards 2012 on Sunday, with Natasha Bedingfield singing Last Dance.