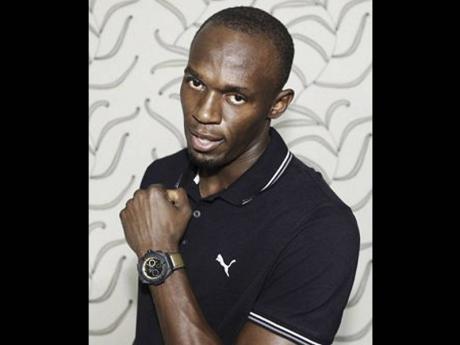 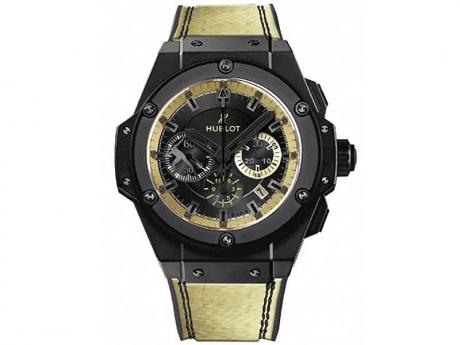 The world's fastest man, Usain Bolt, now has a Swiss watch made in honour of him, which also features his image. The watch is aptly named King Power Usain Bolt.

In addition to the watch's many references to the sprinter, it features an interesting hallmark: the strap is made from exactly the same leather as the shoes he wore when he broke world records in Beijing in 2008.

Hublot, for whom he is an ambassador, has developed this special model in close consultation with Bolt to mark this monumental year in sport.

"It's perfectly natural to be associated with the fastest man, not just on the planet, but the fastest since the Big Bang," declared Jean-Claude Biver, chairman of Hublot.

The watch is a fusion of symbols which represent everything about Bolt starting with his pose - his unique signature - stylised and immediately recognisable in an anthracite grey transfer on a black background. A 12-hour chronograph counter sits at 6 o'clock, and is decorated with a touch of green in a nod to the colours on the Jamaican flag.

The 48 mm-diameter watch, in micro-blasted ceramic, is predominantly black, with gold - Bolt's own colour and that of his lucky fetish shoes. The strap, like his shoes during Beijing, is also gold-coloured.

Bolt, who turns 25 this year, recently opened his season in style by completing his first individual 100 metres in a quick 9.82 seconds at the National Stadium in Kingston, as he prepares to defend three titles in London this summer: the 100, 200 and 4x100 metres.