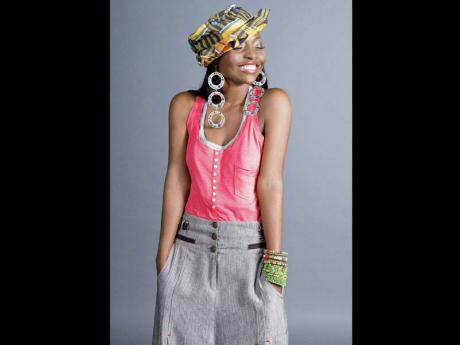 On Mother's Day, Sunday, May 13, recording artiste Ieye presented her tribute to mothers in the form of a video recording which was aired on HYPE TV in Jamaica. The video, which was produced by Oufah, saw Ieye going to her hometown of Linstead to spend time with her mother and family. Viewers got a peek inside the artiste's background and how the relationship with her mother motivated her, especially in her career.

"I think as an artiste one must always pay respect and show love to those who help to put you where you are. My mother is one of the strongest people I know. She is my rock. I am glad I could share and the response has been wonderful. People have been asking me to do more like that," Ieye said. The heartwarming video is still available for viewing on her Facebook page, www.facebook.com/ieyemusic.

Ieye made her official entry into the reggae music landscape in 2010, with the release of her single and video for Mama's Hand. The song, which is actually an updated reggae take on the Bill Withers' classic Grandma's Hand, catapulted her into both the national and international consciousness, and it wasn't long after that she embarked on her first European tour. Since then, she has released other singles and has performed in South America and Japan.