Debt reduction is a must - minister 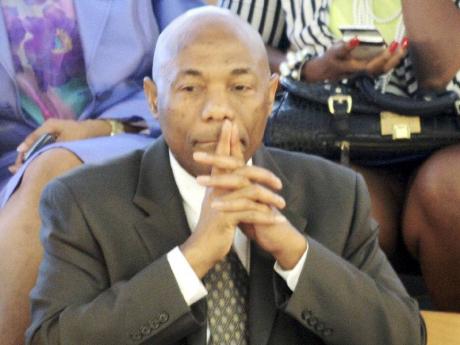 GIVING A commitment to reduce the country's massive $1.7-trillion debt over the medium term, Finance and Planning Minister Dr Peter Phillips yesterday said this was inevitable as Jamaica was finding it increasingly difficult to access loans on the international financial markets.

Phillips said the Inter-American Development Bank and the World Bank were reluctant to offer new loans until the Government signed an agreement with the International Monetary Fund (IMF).

In addition, he said the European Union was not prepared to allow a drawdown of agreed grant funds until a new IMF agreement was secured.

At present, the chronic debt stranglehold translates to every Jamaican on local soil owing J$600,000.

Using an analogy to depict the debt crisis facing the country, Phillips cited a family that kept 'trusting' items from 'Miss Myrtle's' shop and accumulated a large sum but still requested more goods on credit.

"One day, Miss Myrtle is going to send back a message that she is not going to trust anything else until you pay your bill."

According to Phillips, the country could not escape the IMF precondition of embarking on a programme that would steadily reduce the debt over the medium term.

Phillips has also proposed the strengthening of parliamentary oversight for the country's economic programme with specific emphasis on controlling the debt.