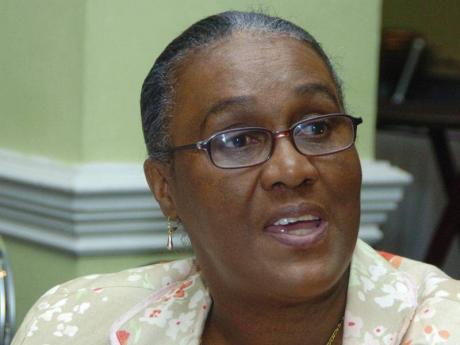 Mary Clarke, former children's advocate, has declared that people need to be aware of the scourge of sexual abuse plaguing the nation's children.

"They need to be aware of the statistics and know exactly what is happening," Clarke told The Gleaner recently.

"This figure is alarming because if one child is sexually abused, then that is one too many. However, it tells me that more citizens are living up to their responsibility in making these reports. That is positive, but it is still alarming because some of them are very young and are being abused in some horrific ways."

Another statistic she highlighted was the fact that 429 of those reports of sexual abuse, made between 2007-2011, were of boys.

"Sexual abuse is getting out of hand and it is becoming very obvious as the numbers show that boys are now very vulnerable in our society," she added.

Added to the horrors of sexual abuse, children are also faced with the predicament of testifying in court. There are often cases in which children break down and are unable to complete giving evidence, allowing accused persons to go free.

"I propose to finalise the evidence amendment act quickly, where evidence can be used in place of children. They had placed it on the legislative approach for years now, but it is finally going into fruition. We need it quickly!" Clarke exclaimed.

Clarke did state, however, that she is delighted with the multiple-agent approach used at the Centre for the Investigation of Sexual Offences and Child Abuse (CISOCA) in Kingston.

"This is where the sexually abused child is brought in and is represented by multiple agencies at the unit. The child doesn't have to go through the police, social workers and then the doctor. It is easier for the child to report. This approach should be introduced right across Jamaica," she commented.

"We also need to make it easier for the child to report in order to help them through the trial process for more conviction and detection. Every effort should be made to find these perpetrators, so that justice can be administered on behalf of the children and Jamaica," Clarke added.