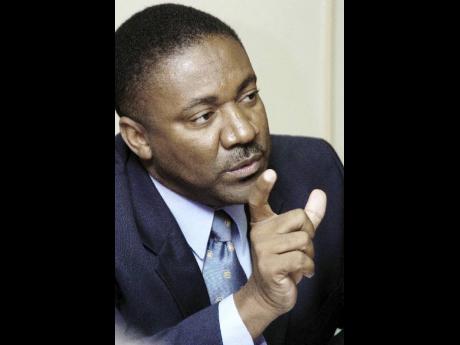 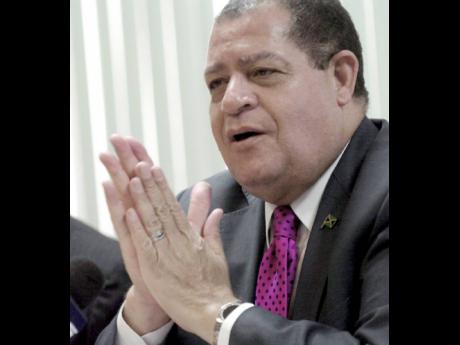 Phillip Paulwell, leader of Government Business in the House of Representatives, has blamed time constraints for his administration's failure to implement two key governance promises between taking office and the unfolding of the budgetary process.

"We took over the Government in January, we had to formulate a budget and negotiate with the IMF (International Monetary Fund), and it was very difficult for the Ministry of Finance to conduct those processes at the same time they were doing so many things," Paulwell said.

The People's National Party (PNP), in what it said was a commitment to introducing greater transparency to the management of the country's economic affairs, had promised to put in place two critical parliamentary committees as a way of strengthening the budget process.

"The PNP will establish an Estimates Committee in the Parliament to have consideration of expenditure priorities in the context of a medium-term economic framework," the party's Progressive Agenda stated.

It also promised to "ensure the effective functioning of a committee on taxation in the Parliament able to consult with stakeholders in considering taxation policy and revenue-raising measures".

But the promise of both committees remains unfulfilled.

Phillips, in opposition, had consistently decried the practice of a finance minister imposing taxes on the country without Parliament having a role in the matter.

"If he (Phillips) increases the taxes then we will have a basis on which to criticise the fact that they promised a review by a tax committee and, in this case, it would not have been done if they announce a tax package on Thursday," Shaw said earlier this week.

But despite taking office in January, the PNP has failed to either activate the tax committee in Parliament or establish an estimates committee.

The Standing Orders of the House provides for a tax committee which is responsible for examining all revenue measures presented in the ensuing fiscal year.

"Historically, matters relating to the Budget, the size of expenditures, spending priorities and the sources of revenue have been extensively the preserve of the Ministry of Finance and the Cabinet," the PNP Progressive Agenda also stated.

It added: "Parliament's role has been purely formal and has been involved simply as a rubber stamp with little consideration of either spending proprieties or revenue options and with little consultation of affected stakeholders."

Carol Narcisse, member of the Civil Society Coalition, said it would be unfair to blame Government for breaking its promise. She noted that the Government took power in January and had very little time to prepare and present its Budget to the Parliament.

"It would be a bit difficult to do it the way their manifesto was proposing. That could not have been an immediate promise," Narcisse said.

She added: "I don't think that the time frame between when this Government came in, and when it had to deliver a budget, could realistically be considered a time frame in which they could have done those things."

Narcisse also argued that the tax-reform process had benefited tremendously from the parliamentary committee which they inherited.

Paulwell advanced a similar argument in his administration's defence.

"As a new government taking office, we had to come together to get a budget going. A critical part of the Budget was the work of the taxation committee. Now that the Budget is going to be out of the way, we are now in a position to put in place those permanent committees indicated in our Progressive Agenda," Paulwell said.

He said the administration had to continue the work of the special committee on tax measures, which considered a Green Paper on tax reform. The life of that committee is now near the end.

"To a large extent, it would be duplicating some of the things that the select committee is doing," Paulwell said.

"But there is a commitment on the part of the Government to make the process of taxation more transparent, and we are going to go forward with that for the next financial year."

In the meantime, Richard Crawford, a political commentator, considers the promise for the committees important to the process of governance.

He argued that failure to activate both, thus far, could be due to "the difficulties that the finance minister and his team are facing in negotiating with the IMF and crafting a budget".

Crawford has also knocked the Government for the manner in which it has approached matters relating to the budgetary process.

"Consultation has not taken place, certainly at the level that was anticipated," he said.

"There are separate and distinct groupings who have definitive positions on how the budget should be crafted, and they are not being consulted and their views sufficiently taken into the mix," Crawford said.