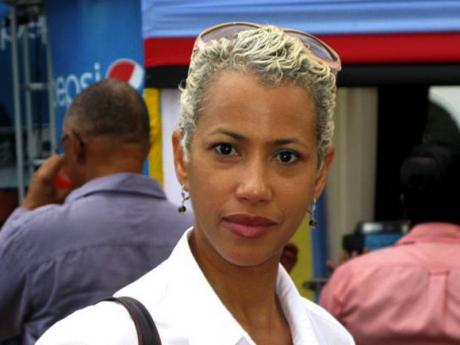 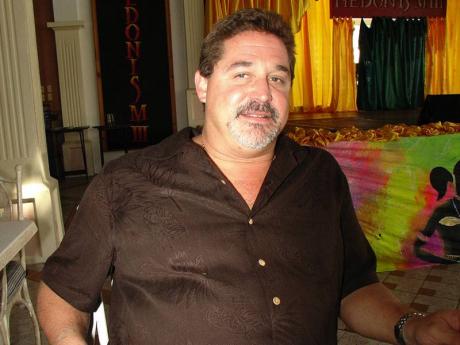 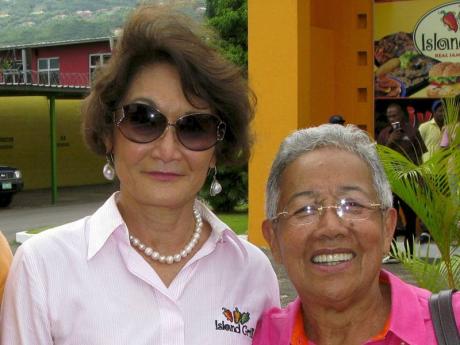 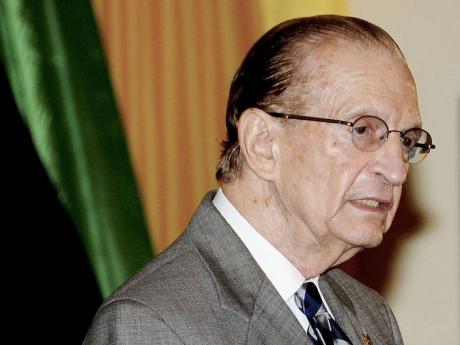 My dears, the Age of Gemini is upon us, and with the dawning of the age of Gemini, we salute a number of leading personalities who celebrate this season. Among those celebrating are the elegant Maureen Shaw; the lovely Deborah Levee Lanigan; the charming Dianne Golding Frankson; the lovely Camesha Powell; Shawn Moses, over in the Second City; Jamerican author, actress and model Ivett McLean Jackson, now resident of West Palm Beach, Florida; and Roland Brammer, now in Brooklyn, New York, who all celebrate their birthday today.

Among those celebrating their birthday on Tuesday, May 29, will be entertainer Singing Vernon; the lovely Denyse Palmer; Douglas Reid of Grosvenor Galleries; Ann-Marie Brooks; Clive C. Chin, now in Fort Lauderdale; and the lovely Angel Henry, now in New Orleans.

The party people on Wednesday, May 30, will be the fab Kaili McDonnough-Scott; Michael Weatherly; Jude Casimir, in Port-au-Prince, Haiti; and New York East Side socialite and summer resident of Round Hill, Jamaica, the elegant Leslie Clotz.

And next Thursday, the 31st, celebrated artist Laura Facey; the elegant Beverley East; the charming Thalia Chung; the lovely Sandra Samuels Reid; the lovely Shanique Bucknal, in Hopewell, Hanover, will be the ladies partying.

Then, my darlings, it's definitely all about the south coast this very weekend as, indeed, the Calabash Literary Festival returns to Treasure Beach, at Jake's, beginning today, May 25, through to Sunday, May 27, with a slew of internationally acclaimed writers, poets, and literary giants slated to hit the performing stage!

Dears, it promises to be one fabulously hot literary festival and nothing but, with the internationally acclaimed Professor Orlando Patterson being one of the expected star performers.

And still on the south coast, tomorrow it's the crab lovers festival of the season, as its all systems go for the annual Busha Clarke Crab-Fest at his Paradise Park, beachfront estate, near Savanna-la-Mar, as he combines his effort with Rainforest Seafoods to facilitate a bigger and better crab feast. Luvs, it promises to be one fine outing, with this here scribe already on his way, as we speak, so more anon.

Then, my luvs, it would appear that the old adage that suggests in every crisis there are boundless opportunities seems more apropos at this juncture than at any other times.

Indeed, at this particular juncture where the international economic crunch, resulting in the individual and families having less discretionary funds to indulge the esoteric senses and needs as against providing the basics, it is those with the vision, capacity and initiative who will emerge stronger when the world shall have emerged from this period of belt-tightening.

Indeed, one such Jamaican entrepreneur moving to capitalise on the economic downturn - by making her brand more consumer friendly and available by innovation and flexibility - is the indomitable Thalia Lyn, the founder and CEO of the Island Grill.

Now, most contemporary observers and commentators can remember not too far back, when the business model employed by the Jamaican would-be entrepreneurial class was that of franchise shopping.

Now, franchise shopping was the practice of those who could afford it, to look overseas for what was considered a successful brand. Without the requisite study, due diligence to asses cultural impact and or viability, they would then import the identified brand, and then seek to let it loose on the Jamaican consumer.

Naturally, the marketplace saw the death of many of these franchises, but curiously, it was at this juncture that Lyn opted for creating, developing and investing her capital, energy and goodwill in a Jamaican brand and, voila, Island Grill was born!

Indeed, Island Grill has gone through many a developmental metamorphosis that resulted in the now-celebrated Island Grill brand, and along the way, Lyn and her team used their creative synergy to first identify and then harness the essence of that unique Jamaican condiment - jerk - and parlay it into a successful part and parcel of the core of its brand, as Island Grill is, essentially, a chicken retail eatery, with jerked chicken as its core offering.

Later, as the brand evolved, it embraced the Jamaican 'yabba' - an affordable lunch/dinner offering, which was the equivalent of the 'box lunch' - while including such novelties as bammy sticks, festivals, etc., on its menu of side orders, to create a one-stop multi-offering Jamaican brand, as against being primarily a jerked-chicken eatery.

Well, in its continuing quest to increase its market share of the fast-food retail market, the innovative Lyn and her Island Grill team recently hosted a fabulous mid-morning outing at its Valentine Drive headquarters in Kingston, where it rolled out its latest addition to its chain of retails - a fully functional mobile Island Grill unit, capable of taking meals to the consumer, instead of sitting in fixed locations expecting the consumer to find the location.

To be sure, fixed locations are an integral part of brand building and maintenance, but crucially, so is the advent of the mobile unit. But the mobile Island Grill retail unit was not the only roll-out by the dynamo as, indeed, there was the roll-out of the Island Grill Commissary - the central sorting office, as it were, for the many outlets - where the farmers and other suppliers, an integral link in the chain, are stocked for disbursement.

Indeed, it was one fabulous high-profile roll-out and then some, headlined by Prime Minister The Most Hon Portia Simpson Miller and her Minister of Trade and Investment Anthony Hylton; Opposition Senator Dr Christopher Tufton, and Opposition MP Derrick Smith, and many others.

Indeed, it proved one charming mid-morning outing, and nothing but!