Generous gestures - All for kids 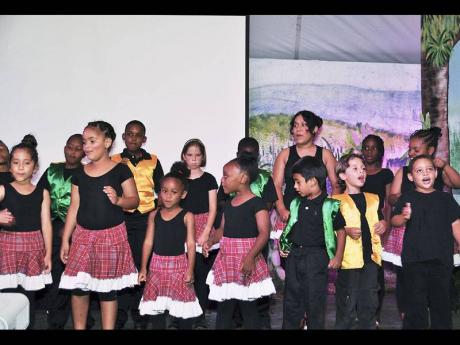 The drama club members of Naz Children's Centre performing at the school's Evening of Excellence Tuesday evening at the Rose Hall Great House in Montego Bay. - photos by Janet Silvera 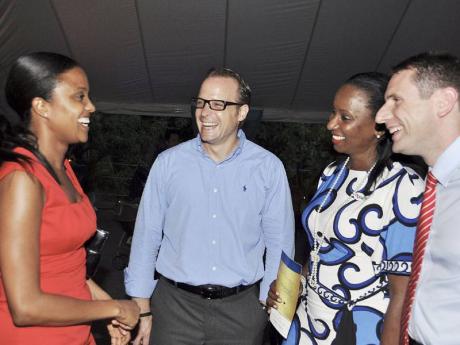 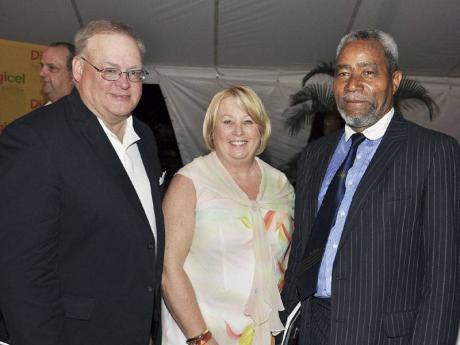 Bob and Cherrie Lauter of Master Spas and Dr Franklin Johnston, senior adviser to the Minister of Education, share lens time at the Naz Children's Centre Evening of Excellence. 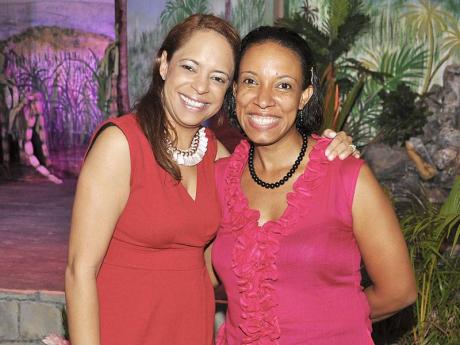 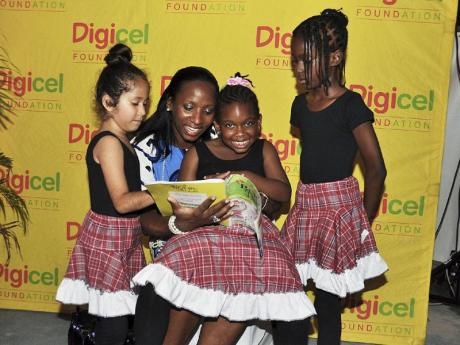 Joy Clarke of the Digicel Foundation reads to students (from left) Julieta Bueno, Nikazi Campbell, and Jada-Amoy Henry from the 'Naz Book of Tales.' 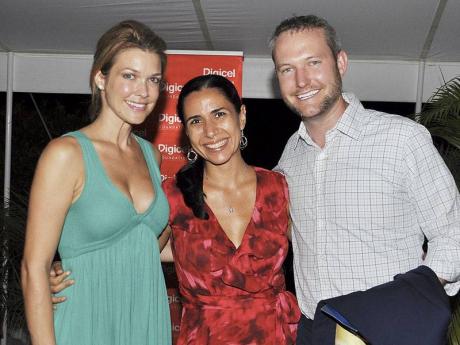 In yesterday’s story headlined: ‘Generous gestures – all for kids’ on D4 of The Gleaner, we incorrectly stated that Frederick Moe of the Cascade Group would be constructing the NAZ Children’s Centre at no cost. The article should have said that the Cascade Group will carry out the construction at a cost.

Alixann Narcisse-Campbell's tears of joys will flow for years to come, and Fernanda Hofer will never awaken from her dream.

Two women with the same goal in mind had their wish turned into reality when Digicel Foundation committed a grant to an institution tagged the NAZ Children's Centre in Montego Bay.

The foundation is one of the many organisations that had a presence at the school's Evening of Excellence, an event committed to transforming education for special-needs children in western Jamaica.

Bob Lauter of Master Spas donated US$150,000, Michele Rollins gave one acre of prime property on the golden corridor (Rose Hall), Nancy Maffessanti did the architectural renderings, the Spanish Jamaica Foundation (SJF) will be furnishing the classrooms, and VIP Attractions will give all money collected from photos sold in its airport lounges to this worthy cause.

Complementing these generous gestures, Frederick Moe of the Cascade Group will construct the new facilities at no cost!

The grant by the Digicel Foundation is in keeping with its ongoing commitment to providing first-class facilities for persons with special needs in Jamaica. This includes the building of three special-needs schools by 2014. "We believe that every child deserves the right to a good education," said Chantrelle.

"I knocked on so many doors," recounted Narcisse-Campbell, who founded the school seven years ago. "The moment I walked into the Digicel Foundation boardroom, I knew that this was it. We were finally going to have our dream come true."

Hofer, a parent, who has two children attending the school, was ecstatic. "I knocked, and they answered," she declared with humility.