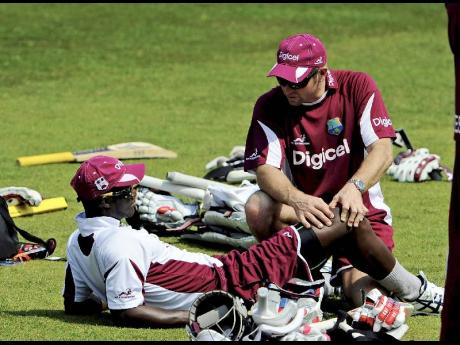 Captain Darren Sammy has underscored the importance of a win in the second Test against England starting here today, pointing out that it was crucial the embattled West Indies began to turn competitive performances into actual results.

West Indies enter the contest at Trent Bridge down 1-0 after losing the first Test at Lord's by five wickets, an hour before tea on the final day last Monday.

A second loss here will hand England the series and condemn West Indies to their sixth straight series loss to top-tier opposition.

"Being successful means you need victories in there as well and that's something that's eluded us," Sammy told a media conference here yesterday.

"We've played some good cricket but we've got no victories to show for it. We need to find that first victory and get the dressing room pumped up. Hopefully, we can do that.

"Coming here to England and playing the number one [side] and winning a Test match - we have not won one in a long while - that would be an achievement for this team."

West Indies will need considerable consistency in both the batting and field departments if they are to seriously challenge England.

At Lord's last weekend, they were forced to rely heavily on veteran campaigner Shivnarine Chanderpaul and the experienced Marlon Samuels in order to stretch the game into a fifth day.

The inexperienced top order again proved brittle with both opener Kieran Powell and Kirk Edwards suffering double failures, and opener Adrian Barath twice getting starts but failing to carry on.

Sammy admitted to some concern and reiterated the value of the top order spending time at the crease.

"As in any team, you would want your top order to fire as the batsmen have to get the bulk of runs in any team. We saw how important seeing off the new ball was in the last Test because after the ball lost its hardness it became easier to bat," Sammy reminded.

At Lord's, West Indies fielded a four-pronged seam attack but depended largely on fast bowler Kemar Roach who picked up six wickets in the game to be the most consistent.

It was his spell late on the fourth evening that reduced England to 10 for two and gave West Indies a glimmer of hope of winning the contest.

Sammy hinted, however, there would be changes to the attack with West Indies likely to include off-spinner Shane Shillingford and fit-again seamer Ravi Rampaul.

"For the last year, we have used a formula that has been successful for us in terms of getting 20 wickets, and there's still a good chance Shillingford might play in this Test match with Shannon (Gabriel) out," Sammy noted.

"Ravi is fit for us again and he's been the guy taking wickets for us with the new ball. Probably we'll go back to our usual routine where there are two fast bowlers, myself and a spinner."

Gabriel was forced out of the tour this week with a back injury after playing his maiden Test at Lord's, with Barbadian pacer Tino Best called up as a replacement.

Fast bowler Fidel Edwards could be dropped for the match, as West Indies opt for Rampaul and Roach as the quicks, aided by Sammy's medium pace.

England, meanwhile, are expected to play an unchanged XI, even though there has been speculation fast bowler Steven Finn could replace his opposite number Tim Bresnan, who was ineffective at Lord's.