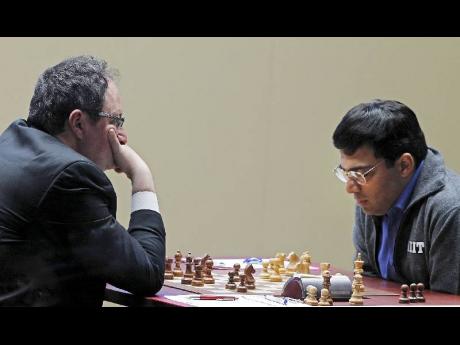 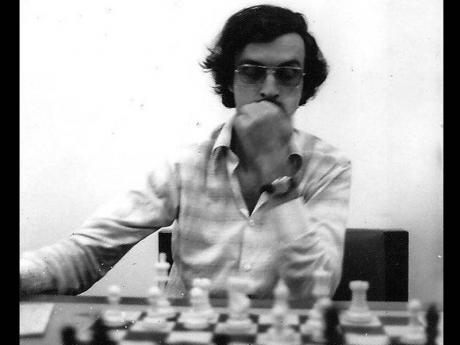 FCM Robert Wheeler across the board many, many years ago as a younger chess player. - Contributed
1
2

The money paid for playing chess might not be as huge as other sports, but it is by no means chicken feed.

As we speak, the World Chess Championship is being played in Moscow, Russia, between defending World Champion GM Viswanathan Anand from India and GM Boris Gelfand from Israel for bragging rights on who is to be called the Chess Champion of the world and a share of US$2.55 million prize purse.

The winner will get 60 per cent of the pot and the loser 40 per cent.

The score between GM Anand, 43, and GM Gelfand, 44, after 10 rounds is locked at 5-5. The 10th game ended yesterday in a draw and with only two games to go the pressure is on for a decisive outcome.

If at the end of the 12 games the scores are still tied, then a blitz (that is a rapid set of games) will decide the winner because, just as it is here with our national chess championships, the world chess championship title cannot be shared.

Battle for the top spot

The first six games in the World Championships of 2012 were drawn. GM Gelfand registered the first win in the seventh round only to be quickly pegged back in round 8 with a victory from GM Anand. The last two games have been deadlocked.

The World Championship games started on May 12 in Russia, which is a neutral venue, as is required by FIDE, the international governing body for chess. A visit by Super GM Garry Kasparov created a stir as he is by far one of the most marketable names in chess in the last 30 years. He passed through the venue last week Saturday.

While GM Anand and GM Gelfand qualified to play off for the top world's top position in chess they are not currently holding the top spots in the ratings from FIDE. GM Anand is currently number 4 with a rating of 2791, and GM Gelfand is at number 20.

Apologies to readers last week, as we inaccurately posted that the NM Robert Wheeler tournament was last weekend. This tournament will actually take place this weekend.

FCM Robert Wheeler, Jamaica's only international arbiter, has a rich history as a Jamaican player, having represented Jamaica at Olympiads past, and has been holder of the National Champion title four years - 1980, 1981, 1983 and 1988.

FCM Wheeler is actively involved in the administration of chess in Jamaica. He was last at work as the arbiter for the recently concluded National Champion-ships.

Top rated players in the world currently active are: