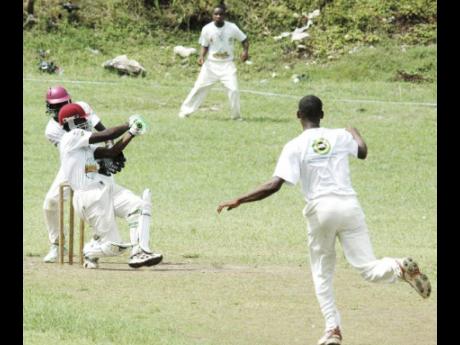 A total of 16 scholarships will be made available to two high-school students from each of the eight teams advancing to the quarter-finals of this year's sixth staging of the Social Development Commission's (SDC) Community Twenty20 competition.

The scholarships, which are tenable at the G.C. Foster College of Physical Education and Sports, will also see the student cricketers having the opportunity to pursue their studies outside of the field of cricket.

"We are pleased to announce that for the first time the SDC will be instituting a scholarship component to the competition, as a means of helping with the growth and development of talented young players," said Dr Dwayne Vernon, acting executive director of SDC.

He was speaking at the official launch of the competition yesterday.

"It will be for students who, at first, meet the matriculation standard of G.C. Foster, and want to pursue studies in the field of sport, and for this we are grateful to G.C. Foster for having recognised what we are trying to achieve through the SDC, and coming on board," he added.

The launch, which took place at the Knutsford Court Hotel, also saw the competition's organisers highlighting the new prize-money structure for the competition, which features 382 teams.

A total of $4 million will be awarded in cash and prizes.

"The SDC has been in existence for 75 years, and it is good to see that a competition of this nature has emerged and is helping to unearth and develop cricketing talents in our communities," said Noel Arscott, minister of local government and community development.

Meanwhile, the competition - which at present is approaching the parish-finals stage, which is a prelude to the national play-off phase - has in recent years been partnering with the Planning Institute of Jamaica (PIOJ) to promote Vision 2030 Jamaica, and it was highlighted that this partnership would continue for years to come.

"Education through entertainment is widely accepted through research as an avenue of development," said PIOJ Programme Director Richard Lumsden.

"We, therefore, welcome the SDC as being a medium to transmit the ideals of Vision 2030, which is about educating the populace of our plans for Jamaica, by 2030, to be the place of choice to live, work, raise families and do business."

The competition will continue this weekend with the feature matches being played at Folly Oval in Portland.