Only four CTL board members 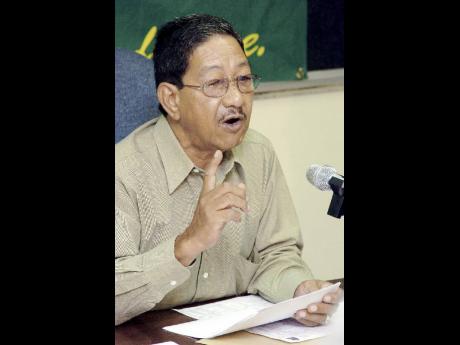 Three members of the Caymanas Track Limited (CTL) board appointed by the Government last month have failed to take up their appointments and will be replaced.

This was disclosed by the minister with responsibility for the racing industry, Horace Dalley, at the Finance and Planning Ministry, Heroes Circle, recently.

When contacted, Chin-See, who served as chairman from 2002 to 2007, said certain conditions set by him had to be met before he would consider serving again, but declined to give details.

Minister Dalley confirmed their non-participation, but was quick to add that steps are being taken to find replacements by the end of the month.

Despite their absence, this has not prevented the board from sitting as four members are sufficient to form a quorum.

The current members, appointed last month, are Joseph A. Matalon (chairman), owner/breeder and noted businessman Andrew Azar, Christopher Brown from Carreras, and Alric Campbell, councillor for the Edgewater division in the Portmore Municipality.