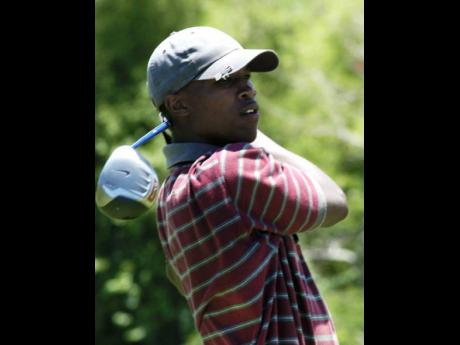 Some of the country's top golfers will look to sharpen their skills at this weekend's Seafreight National Amateur Golf Championships.

The tournament which will tee off today at the Caymanas Golf & Country Club and will be contested over 54 holes, will feature some of the invitees to the national trials and the juniors preparing for the 2012 Caribbean Amateur Junior Golf Championships.

The Junior Championships will take place from July 1-7 in the Dominican Republic.

Among the national invitees who will be on show are Fabian Campbell, Keith Stein, Sean Morris, Paul Thompson, Mark Newnham and Wesley Brown.

Precursor to the trials

Teddy Richards, tournament director of the event, believes the 2012 National Amateur Championships is the precursor to the most competitive Hoerman Cup Trials that will be seen in many years. Teddy further declared that the association eagerly anticipates the full participation of all golfers vying to be crowned National Champions and medal category winners in Jamaica's 50th anniversary year. Net prizes will also be awarded.

The Hoerman Cup Trials are scheduled to take place in two weeks at the Cinnamon Hill Golf Course in Montego Bay.