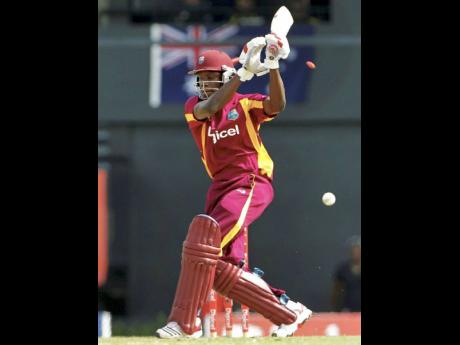 West Indies 'A' batting all-rounder Nkrumah Bonner says he hopes to make a lot of runs and take a lot of wickets against India 'A' in a bid to force the hand of regional selectors.

Bonner, who has represented the West Indies in two Twenty20 Internationals to date, made the comments on Tuesday, a day after it was revealed that he was one of two Jamaicans who were named in the West Indies 'A' for their upcoming home series against India.

The other Jamaican is Donovan Pagon who, after finishing third in the batting standings in the recent regional four-day tournament, left for Trinidad and Tobago to participate in that country's domestic league.

"I think I have a good chance of representing the region in Test or even one-day cricket as, at the moment, a number of batsmen in the team are struggling," said Bonner.

"It is just for me now, having been selected for the 'A' team, to go out there and put up some big scores, and take some wickets, and show the selectors what I am capable of doing," added the part-timer.

The 22-year-old, who is a former West Indies Under-19 representative, was given a West Indies 'A' recall despite being one of several members on the team who posted less than impressive figures during the recent regional four-day tournament.

He played five matches for the Combined Campuses and Colleges - which he opted to play for at the start of the season, but could only manage 196 runs, including one half-century at an average of 21.77.

The first 'Test' is slated for July 2 to 5 at Kensington Oval in Barbados.