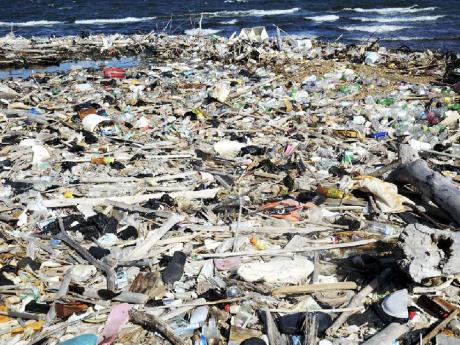 THE EDITOR, Sir:On Labour Day, May 23, 2012, numerous persons went down to the Kingston waterfront along Port Royal Street to view the display planned by the Jamaica Defence Force and the Coastguard, with the main feature being fighter plane manoeuvres, compliments of the Canadian government.

Excitement was in the air! The cars were quickly parked along the road. Adults and children proceeded with much urgency. They took up positions near the coastline. Alas! On looking over the edge to the shore, our spirits sank. The amount of garbage seen was unbelievable. The water in this area was black with polluted particles. Some of us tried hard and held our positions for a while, but the mess got unbearable and we had to retreat.

We are the ones who hope to welcome thousands of visitors to our shores in short order to join us in celebrating Jamaica's 50th anniversary as an independent nation.

I am sure there will be other displays and entertainment along the waterfront that the public will be invited to. Garbage is certainly not one of the things we, as proud Jamaicans, want to have on display.

Will the relevant authority take a look at this and clean up the area as soon as possible?

We can do better. Let us work harder to provide a clean environment for our citizens, as well as our visitors.