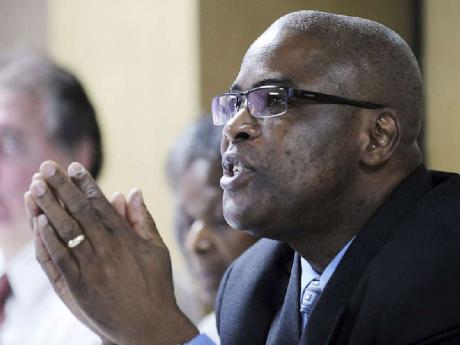 THE OFFICE of Disaster Preparedness and Emergency Management (ODPEM) is in the process of negotiating a reduction in the more than $5-million price tag the National Works Agency (NWA) has cited for carrying out roadwork to facilitate the removal of deadly cyanide powder from a gold mine in Kraal, Clarendon.

When this is done and a relocation point identified, special arrangements will then need to be made for transporting the chemical.

Thompson said the situation has underscored the urgent need for a national chemical response plan for which protocols have already been written, but the mechanisms are not yet or nowhere near to being in place. With lack of funding being the main reason, the ODPEM deputy director was unwilling to commit to a timeline as to when this would be in place.

He explained: "We are trying to get things in place because when you look at the cost, it wouldn't be ODPEM alone. You would have to take into account NEPA (National Environment and Planning Agency), Ministry of Health and all the other players - fire service, JDF and all those members who are still a part of the national emergency set-up.

"We do understand the necessity to put that in place and we are starting with the plan. It's a comprehensive plan because it requires specialised equipment, clothing, breathing apparatus and other accessories, very expensive but we do recognise the need to have it on the island and we are making the move to do it."

Thompson noted that in the event of major chemical spills, there are companies, most of them from the private sector which have the necessary equipment and expertise on hand to handle these.

Meanwhile, Peter Knight, chief executive officer of NEPA, informed The Gleaner that it had started legal proceedings against owner of the AUSJAM gold-mining operation, Paul Sailah.

The Australian called on Knight during a visit to the island last week and indicated an interest in resuming mining operations at the location, even after being advised that his environmental permit had been revoked. While he did not rule out the possibility of facilitating this option, the CEO insisted that it would be under much more stringent conditions.